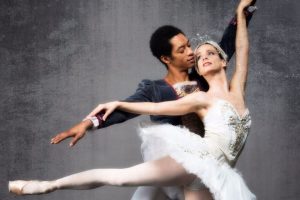 Toshiro danced with Dutch National Ballet as a Corps de Ballet member from 2009-2011.

Abbley was born in Los Angeles, California to a Japanese father and African-American mother. He received classical training at South Bay Ballet in Torrance, where he was inspired by dance student Misty Copeland, who in 2015 became the first black female principal dancer of the American Ballet Theatre. In 2006, Abbley was awarded first place at the prestigious Los Angeles Spotlight Awards and was a semi-finalist at the 2007 USA International Ballet Competition.  Abbley has gone onto dance with Miami Ballet, Dutch National Ballet, the Royal Ballet of Flanders, Backhausdance, and the California Ballet. In 2017, Abbley performed a career highlight role as Prince Siegfried in California Ballet’s Swan Lake.