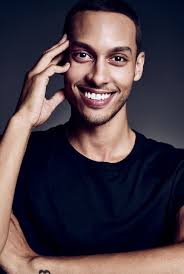 Nathan Brhane joined Dutch National Ballet in 2013 as a Junior Company member. He was promoted to Élève in 2014, Corps de Ballet in 2015, and became Coryphée as of 2019. 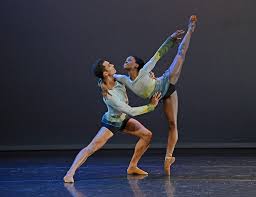 Brhane was born in Meppel, Netherlands. He trained at the National Ballet Academy in Amsterdam, Netherlands. As a Junior Company member, Brhane won the 2013 Danserfonds ’79 scholarship & incentive award.

Jan 3- 116th US Congress convenes in Washington D.C., electing Nancy Pelosi Speaker of the House of Representatives for the second time

Feb 18- 16 US states, including California and New York, band together to sue President Donald Trump over his use of emergency powers to build a border wall.

Sep 24 –Nancy Pelosi announces formal impeachment inquiry into US President Donald Trump, arguing that he tried to enlist a foreign power for his own political gain

Jan 15- Theresa May‘s Brexit deal with the EU is rejected by UK parliament 432 votes to 202, largest parliamentary defeat in its democratic era

March 29- Britain leaves the European Union, after 4 decades of membership

Feb 2-American singer R. Kelly arrested after turning himself in on ten counts of aggravated criminal sexual abuse, including with three minors

Mar 20- A woman who can smell Parkinson’s disease has helped researchers identify molecules on the skin of people with the disease in Manchester, England

Apr 10- First-ever photo of a black hole announced, taken by The Event Horizon Telescope Collaboration in 2017 in galaxy M87, 6.5 billion times the mass of earth, 55 million light-years away

Jun 19- UN says over 70 million people in the world are displaced, asylum seekers or refugees around the world, their highest-ever number in 70 years

Jan 21- Li Na of China becomes first Asian player to be elected to the International Tennis Hall of Fame; joins Russian Yevgeny Kafelnikov and Mary Pierce of France as Class of 2019 inductees

Feb 3- Pope Francis arrives in Abu Dhabi, United Arab Emirates, on the first ever papal visit to the Arabian peninsula

Oct 13 –Simone Biles becomes the most decorated gymnast in history when she wins record 25th medal, for the balance beam, at the world championships in Stuttgart, Germany