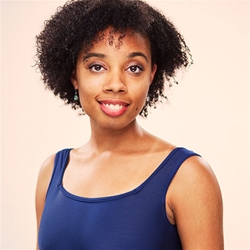 Ashley Hannah Davis, a native of Memphis, graduated from the Ballet Memphis School, where she trained for five years under Janet Parke. Prior to that, she trained for eight years under Pat Gillespie of Classical Ballet in Memphis. She has danced in several productions including Reggie Wilson’s I Am A Man, Petr Zahradníek’s Night and Day in FedEx City, Steven McMahon’s Peter Pan and Nutcracker for Ballet Memphis and El So Sueno, Tarentelle, Match Girl, and Not-So-Ordinary-Princess for the Junior Company of Ballet Memphis. She has done additional training at American Ballet Theatre Collegiate and at North Carolina Dance Theatre. Davis is also a teacher at the Ballet Memphis School.