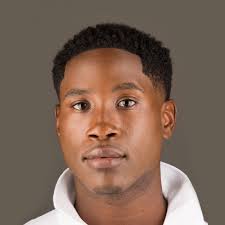 Rickey Flagg II was born and raised in Windsor, CT. At 16 he attended the Greater Hartford Academy of the Arts and was also part of the Hartt School Community Division under the direction of Miguel Campaneria. Flagg continued his training with Mr. Campaneria in Cary, NC, dancing roles in Sleeping Beauty, Don Quixote, the Spring Waters pas de deux, and excerpts from Raymonda. Mr. Flagg has choreographed solos for the Youth American Grand Prix and World Ballet Competition, several of which placed in the contemporary category. In 2012, Flagg was awarded a full scholarship to attend Dance Theatre of Harlem’s Professional Training Program under the direction of Virginia Johnson. Upon completion of the training program at DTH, Flagg was offered a contract with Charlotte Ballet II. Flagg is now a member of Collage Dance Collection.

Dance Theatre of Harlem coming to Charlotte, onstage and backstage, The Charlotte Observer