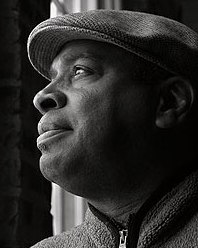 Keith Lee, a native New Yorker, began studying song and dance at The Little Theatre in Brooklyn and later performed in The King and I at Wolf Trap National Park for the Performing Arts. Ben Vereen sought out Lee’s talent and recommended that he take his training to the High School of the Performing Arts in Manhattan. As a dance prodigy, Lee started composing dances in 1968—his first work, Portrait of a Young Couple premiered at the Clark Center for the Performing Arts, New York, New York. Lee excelled at the school, receiving Capezio Awards for distinction in both ballet and modern dance techniques. While attending the High School of Performing Arts, Lee also studied at Harkness House for Ballet Arts, sponsored by heiress Rebekah Harkness. Upon graduation in 1968 he joined American Ballet Theatre and became a soloist in 1971 at age 20. Lee choreographed a ballet for the American Ballet Theatre, Times Past. Lee left the company in 1974. Thereafter, he formed a company of his own called the Keith Lee Ballet of Contemporary Art. He also directed and choreographed for the Capitol Ballet Company. His repertory is expanded by choreographers such as Alvin Ailey, George Balanchine, Agnes DeMille, Lar Lubovitch, Jerome Robbins, and Antony Tudor.