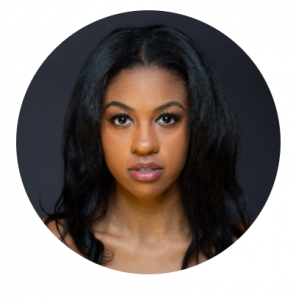 Courtney Holland was born and raised in Toronto, Canada and at the age of 11 began her professional training at Canada’s National Ballet School. After graduating from NBS in 2010, Holland moved to New York City to continue her training at the Dance Theatre of Harlem on a full scholarship. In June 2012, she was a finalist at the Valentina Kozlova International Ballet Competition. She was awarded a full scholarship to the Banff Centre’s Professional Dance Program where she appeared as a guest artist in the Arts Summer Festival, performing George Balanchine’s Concerto Barocco and Christopher Wheeldon’s Souvenirs. In 2013, Holland joined Charlotte Ballet II where she performed works by George Balanchine, Dwight Rhoden, Sasha Janes, Mark Diamond, and Jean-Pierre Bonnefoux. There she had the privilege to perform featured roles in The Nutcracker and the role of the Autumn Fairy in Cinderella, under the direction of Kennedy Center Honoree Patricia McBride. Since joining Ballet Austin in 2016, Holland has had the pleasure of dancing several of Stephen Mills’ ballets as well as works by Septime Webre and Pam Tanowitz. She enjoyed performing Justin Peck’s In Creases and was featured in Paul Vasterling’s Peter Pan as Tinker Bell.