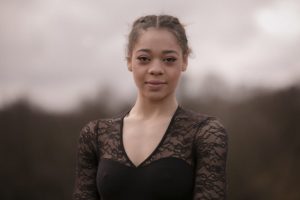 Xolisweh Ana Richards was born in Birmingham, England and trained at Elmhurst Ballet School. She performed with the English National Ballet in Swan Lake at the Royal Albert Hall and was featured in a Sam Smith music video. She joined Scottish Ballet in September 2019. Richards is a brand ambassador for Ballet Rosa.

6 female creatives from Birmingham on why Channel 4 would be good for the city, I am Birmingham
Xolisweh Ana Richards, Scottish Ballet