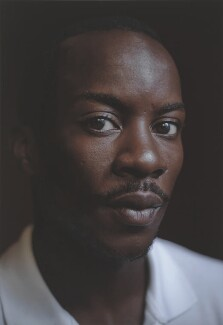 Shevelle Dynott, born to Jamaican parents in 1986 and raised in Brixton, London, started dancing at five years old. At age seven, he joined the Royal Ballet’s Chance to Dance program, which “encouraged talented children from diverse backgrounds to participate in free ballet classes across four boroughs of London” (Bourne 60). In 1997, he earned a scholarship to the Royal Ballet School and performed at the Royal Opera House in Sleeping Beauty, Prologue de fugue, Les Patieneurs, and La Valse as a student. In 2001, Dynott performed for Queen Elizabeth and her family at Windsor Castle. He participated in the Genée International Ballet Competition from 2002 to 2004, winning a bronze medal his final year.
His professional career began when he joined the English National Ballet in 2005. Dynott has performed featured roles in Sleeping Beauty, Puss-in-Boots, The Nutcracker, and Alice in Wonderland.
He left the company in 2020. He now works as a freelance artist and attends the Identity School of Acting.
A photograph of Dynott has been displayed in Washington DC’s National Portrait Gallery.