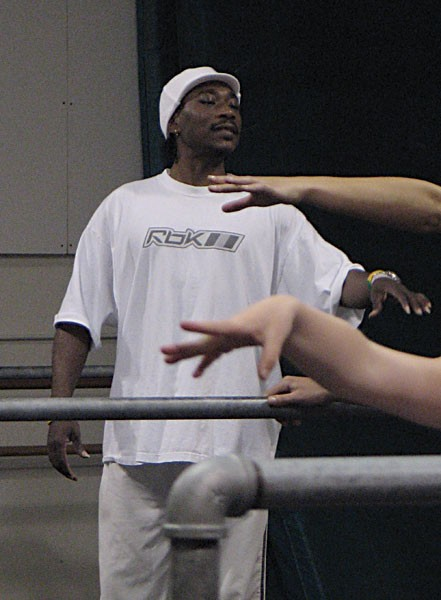 Victor Temple was born in Alabama in 1970 and raised in Chicago. Though Temple originally found dancing through break dancing, dancer Sonia Arova noticed his talents and encouraged him to pursue ballet. He then started classical ballet classes at age 11, and his interest increased from there. He studied at the Chicago City Ballet School and Dance Theatre of Harlem School before joining DTH, where he remained for four years.

After discovering his love for choreography, Temple was asked to teach and choreograph at the Central Ballet of China. During his four-year tenure in China, he was the recipient of a gold medal in a choreography competition.

Returning to the US, Temple joined Oakland Ballet.

In 2005, Temple took the reins from Nadine Cole as artistic director of New World Ballet, a studio established in 1994 and now based in Santa Rosa, California.