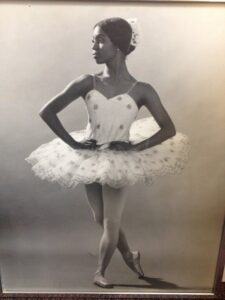 Charon Battles is the Program Director for the Dance Program and the Preserving Diverse Cultures Division and Strategies for Success Program. The program was highlighted in Celebrating America’s Cultural Diversity, a publication produced under a cooperative agreement between the National Endowment for the Arts (NEA) and The National Assembly of State Arts Agencies (NASAA). In the publication, Pennsylvania was touted as an example of a successful state arts agency program actively providing guidance in the development, stabilization and expansion of culturally diverse organizations.

She comes to the Council from the Martin Luther King Center, Erie Bayfront Ballet where she was the Artistic and Founding Director of the youth dance company. During her tenure with the company, she received numerous invitations to perform, a few of which include: Tanzania, Jacob’s Pillow, and the Boys Choir of Harlem. She has served on the Heinz Endowment Advisory Panel, NEA Dance Panel, Lila Wallace-Reader’s Digest American Dance Touring Initiative Panel, The Massachusetts State Arts Council Folk and Traditional Arts Panel, and the Citizen’s Advisory Council for the Department of Environmental Resources.

A native of Pittsburgh, Pennsylvania, she attended Carnegie Mellon University and received her B.A. in Dance from Mercyhurst College.

Dancing in Color from Saba Williams on Vimeo.

In recognition of her service to the field she has received the following awards: