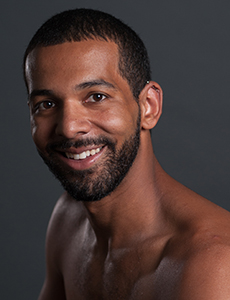 Corey Bourbonniere, a native of Woonsocket, Rhode Island, joined Pittsburgh Ballet Theatre in 2012. Prior to joining the company, Corey received his training with the State Ballet of Rhode Island and Heritage Ballet in Rhode Island as well as the Pittsburgh Ballet Theatre School Graduate Program. He also attended summer programs at the American Academy of Dance and Texas Ballet Theater. Among his many PBT performances, Corey’s favorites include Mark Morris’s Maelstrom and Drink to Me Only with Thine Eyes. Some of his favorite featured roles include a Stomper in Twyla Tharp’s In the Upper Room and Drosselmeyer in Terrence S. Orr’s The Nutcracker.