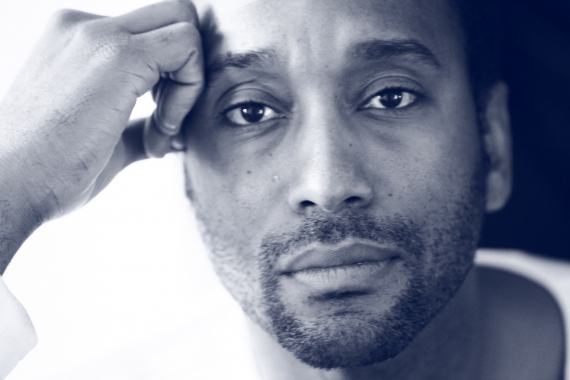 Meredith Rainey began dancing at 15 in his hometown of Fort Lauderdale. In 1985 he joined the Milwaukee Ballet and in 1987 he was asked to join the newly formed Pennsylvania-Milwaukee Ballet. When the joint venture ended, he remained with the Pennsylvania Ballet and was promoted to soloist in 1999 until his retirement in 2006. In 1997 he performed briefly as a demi-soloist with the Dance Theatre of Harlem. He was also a guest artist with Alvin Ailey American Dance Theater in their gala performance in honor of Masazumi Chaya. In addition he toured throughout North and South America; Europe; and Seoul, Korea as a choreographer and dancer. Rainey performed works by choreographers George Balanchine, Alvin Ailey, Mary Anthony, Paul Taylor, Lar Lubovitch, José Limén, John Butler, John Cranko, and William Forsythe. He also originated roles choreographed by Jean Grand-Maître, Robert Weiss, Jorma Elo, David Parsons, Trey McIntyre, Kevin O’Day, and Matthew Neenan. Rainey has been commissioned to create works for Pennsylvania Ballet, INCOL Ballet (Ballet Clássico Nacional de Colombia), Brandywine Ballet, Ballet X, Delaware Ballet, Hubbard Street 2, and Phrenic New Ballet. His work is performed throughout North and South America and Europe, including at the Miami International Ballet Festival, the International Ballet Festival of Ecuador, the First and Second International Ballet Festival of Calí (Colombia), and in Madrid. Upon retiring from the Pennsylvania Ballet in 2006, Rainey decided to focus his creativity on his passion for choreography. To that end, Rainey spent two years as part of the Susan Hess Modern Dance Studio’s “Choreographer’s Project.” Here, he took part in workshops mentored by Ralph Lemon and choreographic discussions with Simon Dove. In 2008, he was awarded a one-year “New Edge” residency at the Community Education Center (CEC) of Philadelphia. During this residency he started a new project, “Look Inside,” which eventually evolved into his company Carbon Dance Theatre (CDT). During the collaborative process of building the work, Rainey realized his vision for creating a company. CDT empowers performers and entertains audiences by creating work that is rooted in classical ballet and infused with the collaborative processes of theatre. In a short amount of time, Rainey’s vision has taken flight. CDT has been presented in Baltimore and Pittsburgh and is a resident company at Drexel University. Rainey has won numerous awards including the 1995 and 2002 PA Council on the Arts Fellowship Grant for Choreography, 2001 Mid Atlantic Arts Foundation Artist as Catalyst Grant, 2002 Independence Foundation Fellowship in the Arts, 2003 Pew Fellowship in the Arts Finalist, and, most recently, a 2010 Dance Advance Grant. Rainey resides in Philadelphia with his partner of 10 years and their “child,” an adorable, overly excitable chocolate lab named Keiko.