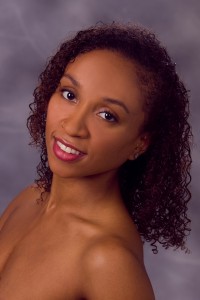 Amber Bates born and raised in Atlanta, Georgia and began her early dance training with the Decatur School of Ballet. Most of her dance training, however, was received through the Atlanta Ballet Centre of Dance Education, with summers spent at Orlando Ballet, Boston Ballet, and American Ballet Theatre. While in the top level of Nashville Ballet’s advanced summer intensive in 2011, she was offered to stay for the year as a trainee of the second company. The following year, Bates joined the Atlanta Ballet as a fellowship dancer, under the direction of John McFall. There she enjoyed performing in The Nutcracker, Michael Pink’s Dracula, and David Bintley’s Carmina Burana. As a company dancer with the Columbia City Ballet, some of her favorite ballets were William Starrett’s Dracula: Ballet with a Bite and Off the Wall & Onto the Stage: Dancing the Art of Jonathan Green, in which she danced a featured role. Last season, Bates danced with Ballet Memphis where she had the great privilege of working on and performing in the world premiere of Gabrielle Lamb’s Elapse. She later joined Ballethnic.