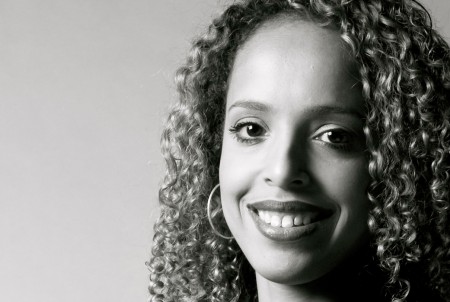 Monique Duurvoort is a Dutch choreographer, born in Amsterdam, with roots in Friesland, Suriname, and the US. At the age of seven, Duurvoort started attending ballet classes at the dance school Iris Ray. From nine years old, she was trained as a professional dancer at the theater school in Amsterdam and was then hired by the Dutch National Ballet (HNB), where Duurvoort danced for 13 years. She worked with choreographers such as Rudi van Dantzig, Toer van Schayk, Hans van Manen, William Forsythe, and Redha. She also danced works by George Balanchine, Martha Graham, Frederick Ashton, and many others. After ending her career as a professional ballet dancer, Duurvoort studied Art and Cultural Management at the Erasmus University in Rotterdam. From her work with HNB and the CAO Committee (FNV-GERM), she became interested in the organizational management of arts and culture institutions. But ultimately the artistic side attracted Duurvoort more. At age 14 on a club dance floor, she came into contact with various urban dance styles, which developed into a great passion.

Duurvoort extensively studied various dance styles throughout her time at HNB and started researching ways to mix different dance styles together, especially urban and academic style. In her first piece of choreography, Meanwhile on the other side… she incorporated a breakdancer, a street dancer, and a pop & locker. The piece was presented in the workshop program of HNB. Duurvoort says she chose the title because it struck her that there was always a lot of attention for (new) work of well-known companies such as HNB, both from the theater audience and from the established dance circuit itself, while the real innovation in dance, as far as she could see, took place right before us. Afterwards, Duurvoort was asked by the renowned youth theater dance company ISH to come to work as co-artistic director and choreographer alongside Marco Gerris, where she stayed for two and a half years. She decided in 2007 to continue as an independent choreographer. In the same year, Duurvoort received the “Award of the Dutch Dance Days” as the most talented choreographer. Since then she has made work for various companies, production houses, and academies.

Since 2010, she has produced work with her own foundation Monique Duurvoort Dance (MDDance).