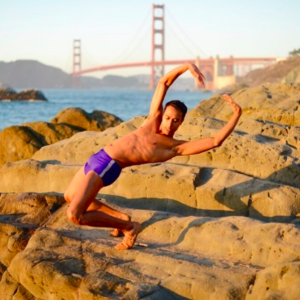 Francis Lawrence was born in Melbourne, Australia where he trained with Lorraine Blackbourn for 14 years. Further pursuing his passion for dance, he studied at The Australian Ballet School and also toured with The Australian Ballet Dancers Company for two years. Upon graduating, he joined New York Theatre Ballet for their 30th anniversary season. Shortly after, he went on to join The Grand Rapids Ballet Company in Michigan for three seasons, under the direction of Patricia Barker. Whilst there, he danced repertoire by George Balanchine, Twyla Tharp, Jose Limon, Paul Taylor, Ulysses Dove, Lew Christensen, Olivier Wevers, and Mario Radacovsky.