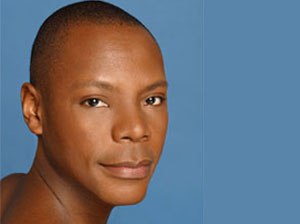 Albert Evans was an American ballet dancer, born in Atlanta in December 1968. He began his ballet training at Terpsichore Expressions in Atlanta and trained under Annette Lewis and Patsy Bromley. He was awarded a full scholarship to the School of American Ballet in 1986. Mr. Evans joined New York City Ballet’s corps de ballet in 1988 and was immediately given leading roles in William Forsythe’s Behind The China Dogs and Eliot Feld’s The Unanswered Question at City Ballet’s American Music Festival. Evans was promoted to soloist in 1991 and to principal in 1995. He performed featured roles in George Balanchine ballets such as Symphony in C, Agon, The Four Temperaments, The Nutcracker, Western Symphony, and A Midsummer Night’s Dream, as well as Peter Martins’ Romeo + Juliet and The Sleeping Beauty. He was the second Black dancer to become a New York City Ballet principal. His farewell performance took place on June 20, 2010, and he continued to work with the company as a ballet master after his retirement. He worked as a choreographer during his career and after it. He passed away on June 22, 2015.