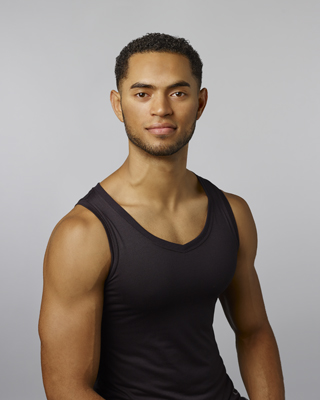 James Gilmer attended the Pittsburgh Creative and Performing Arts School and Pittsburgh Ballet Theatre School before joining Cincinnati Ballet as part of the second company. Gilmer has been promoted each year: to apprentice in 2012, corps de ballet for the 2013-2014 50th anniversary season, and soloist for the 2015-2016 season. He choreographed a piece, Current, for the 2015 Inaugural Choreography Workshop at Cincinnati Ballet, which was danced by members of the second company.

James Gilmer as The Cheshire Cat in ALICE (in wonderland)