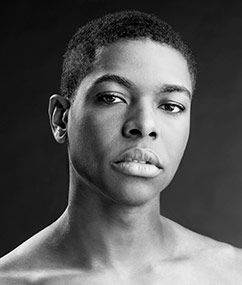 Christopher Grant was born in Jamaica, Queens. He began his dance training at the School of American Ballet (SAB), the official school of New York City Ballet, in 2002. Additional training includes summer courses at Pacific Northwest Ballet (PNB) and the New York State Summer School of the Arts. In August 2015, he became an apprentice with NYCB. As an apprentice with the company, Mr. Grant originated a featured role in Nicolas Blanc’s Mothership. He joined the company as a member of the corps de ballet in August 2016.