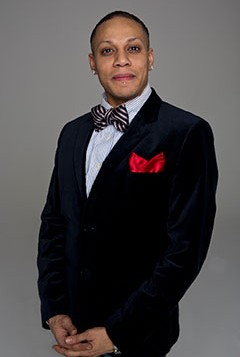 Robert Carter was born and was raised in Charleston, South Carolina. He started dancing at age eight and first saw the Les Ballets Trockadero de Monte Carlo at age ten, which inspired him to dance like them, en pointe, at age eleven or twelve. He trained at the Ivey Ballet School and the Joffrey Ballet School. He performed with a number of dance groups, including the Florence Civic Ballet, Bay Ballet Theater, and the Dance Theatre of Harlem.

Carter joined the “Trocks” in 1995. He started with “the easier stuff” like Go for Barocco, followed by “harder stuff” such as Paquita, Swan Lake, and especially works by Balanchine.

Dancing with the Trocks was his life dream; in an ABC News Nightline interview in 2008, Carter said: “I didn’t want to be a girl, but I knew I could do a lot of the same stuff and some of the stuff they couldn’t do because I had the strength being a boy…. I could do the stuff en pointe and it’s fun.”