Op-Ed: A Radical Reimagining of Ballet for 2018

Is ballet ready for a redesign?

2017 felt like we were living the Upside Down of the popular Netflix series “Stranger Things.” From Donald Trump becoming president, to the sexual harassment scandals that ricocheted into the ballet world, everything we thought we knew was turned on its head.

Yet while the deconstruction of institutional paradigms is frightening, it also presents an unprecedented opportunity for redesign.

Ballet, much like our political parties, seems to be stuck in an antiquated format that’s long overdue for a makeover. With the world changing at lightning speed, if ballet wants to survive it will have to undergo a radical reimagining. But what would that look like?

The archetype of the classical “ballerina” was crafted by the male gaze: a pale, waifish prepubescent girl who projects so much vulnerability that she has to be ushered to and fro by an able-bodied man. In many classical ballets, she’s often not even mortal, but takes the form of animals, apparitions and dolls.

Moreover, it is still typically a man who tells her where to stand, what steps to do and what to wear. The ballerina has always been the muse of men. She has never controlled her own destiny, never held true sway or power. She is like the winged hood on a Rolls Royce, a lovely ornamental status symbol. 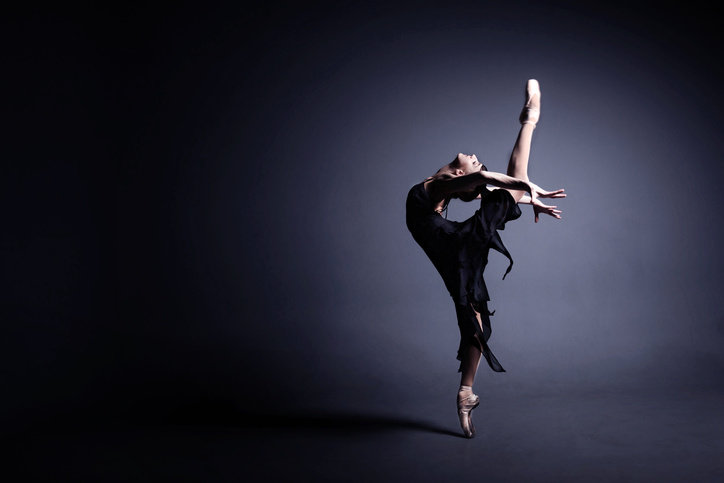 On stage she is held up as the ideal woman, the unattainable. But historically the ballerina is no stranger to sexual misconduct in the workplace; the Madonna/whore dichotomy has always been her reality. At the Paris Opéra during the Belle Epoque, poorly paid teenage ballerinas were low-hanging fruit for wealthy older men who “sponsored” their salaries and furthered their careers in exchange for sexual favors.

In a radical reimagining of ballet, the ballerina would have her dominion over her body. The actual women who represent its icon would be acknowledged and their femininity affirmed.

That would begin with addressing the various stages of female puberty instead ignoring it. Her blossoming womanhood would not be treated as plague. Instead, ballet would develop a system of support for girls during a time when their bodies seem to be rebelling against them and their susceptibility to eating disorders and chronic body image issues is at its peak.

The ballerina could have breasts, hips and muscles and look as strong as she indeed is. She could be different shapes, sizes and shades as well. 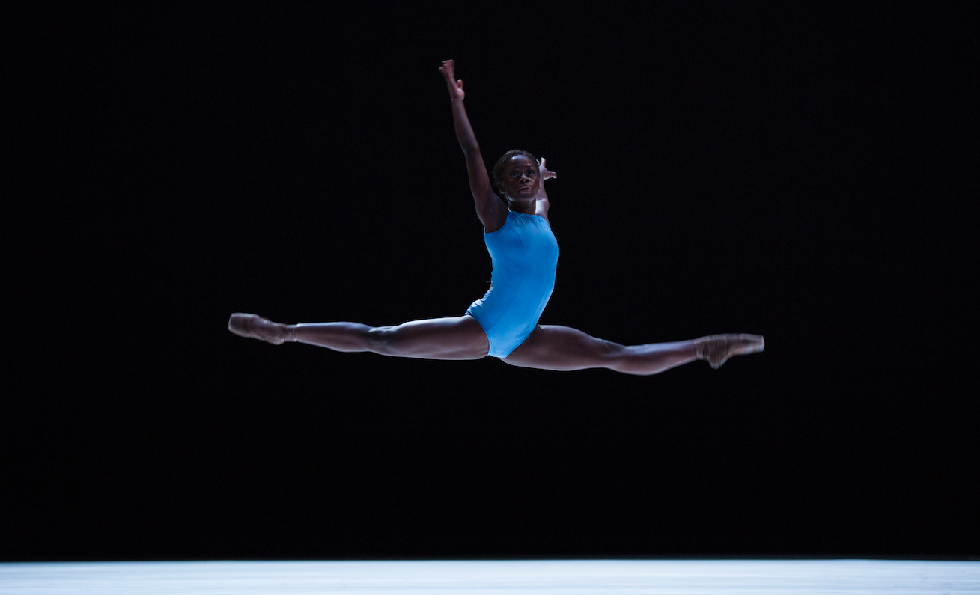 Fans love that Michaela DePrince looks as strong as she indeed is. Photo by Angela Sterling, courtesy Dutch National BalletThe “ballet body” has never been a staid aesthetic anyway; it has always been a slowly morphing trend, changing with the era. In the ’40s, the ideal ballerina was short, stocky and tight, with adequate feet. She gave way to the Balanchinian long, lithe ballerina of the ’70s. Today she is an extreme version of herself, hypermobile and hyperextended.

It’s about what directors prefer to see. Change the eyes, and you change the ideal.

A reimagined ballerina would radically alter the very concept of the corps de ballet. The current uniformity of height and body type eradicates individuality, resulting in a reduction of women in a way that the men are not subject to. It sends the message that women are interchangeable and replaceable.

In a 2006 piece named Black-a Rina, I wrote: “Contemporary ballet is the Women’s Liberation Movement for ballerinas. It has redefined her: She is many hued, her body full and womanly, athletic, tall, short, chunky, tattooed and pierced. She is sensuous, haughty and independent; her body is gloriously fecund with possibilities both in movement and aesthetics.”

Add to that the facts that she can partner men and other women, walk on her heels and sway her hips even while tutued and on pointe. She’s the daring, brazen little sister of the classical ballerina who gives zero $*&#s and, rumor has it, she is a feminist. 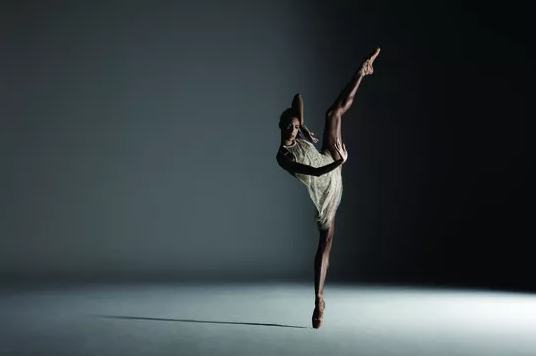 Alonzo King LINES Ballet’s Adji Cissoko. Photo by RJ MunaIn classical ballet, feminism is about her place and power off stage—in the studio, behind the desk, at the board’s table. It is about being able to wear a tutu and tights and have a voice, hold sway without fear of retribution. Feminism in ballet is about having the ability to call into question how someone discusses your weight. Today, women have to be perfect while all too often men can be a mess and keep a job. A radically reimagined feminist ballerina could demand equity in treatment.

Traditionalist may ask, How can classical ballet modernize the ballerina while remaining true to classism and tradition? Which begs the questions: What connotes classicism? Is it about the technique and the style? Or does classicism inherently evoke the patriarchal hierarchy which includes sexism, racism and gender binarism?

We might not have the answers, but this is the way that ballet needs to question itself if it is to evolve.

Ballet’s repertoire is another area that needs to be radically reimagined. The way theater modernizes Shakespearean productions without changing a word of text, ballet could feature the same characters like Giselle, Juliet and Aurora—and, yes, Albrecht, Romeo and Prince Désiré—while revealing their complexity and the messiness of humanity.

If the ballerina got a makeover, then maybe she should tell her own story, too. White men can’t continue to have a stranglehold on choreographic commissions. Ballet needs equity in its storytelling. An African proverb states, “Until the story of the hunt is told by the lion, the tale of the hunt will always glorify the hunter.” Women and people of color must get equitable opportunities to create, and to fail just like their white counterparts.

Can we not stretch our imaginations, create vibrate collaborations that yield socially vital masterpieces in the vein of Balanchine, Stravinsky and Diaghilev? Can ballet not be classical and avant garde?

Instead of doing ballets about candy or fairytales, perhaps we could begin to tell stories about our true American history. The relationship between LBJ and MKL would be in interesting subject for a ballet. Or how about the story of Ruth Bader Ginsberg adroitly co-opting the Craig v. Boren case (challenging an Oklahoma statute which set different minimum drinking ages for men and women) into a way to push women’s right forward? Now that’s a ballet: One woman against 12 darkly robed men.

With the recent exposure of pervasive sexual harassment, white female rage is threatening to scorch and burn the patriarchal system of the Mad Men days. Peter Martins’ resignation might be a harbinger of change. Like the monarchy of American ballet, New York City Ballet has valiantly strived to sustain the Balanchine legacy through tradition: Hiring company dancers solely from School of American Ballet in an effort to keep the bloodline pure. The school’s ballet faculty is comprised of SAB and NYCB alum. (Interestingly, in the days of Balanchine, the faculty was mainly Russian teachers, and Balanchine’s style wasn’t imposed on the technique, thus graduates could easily be employed elsewhere.)

This incestuousness poses a problem where creating diversity is concerned. In NYCB’s 72-year history, of the more than 700 dancers, fewer than 25 have been African American. The current structure makes diversifying their ballet faculty mathematically impossible. 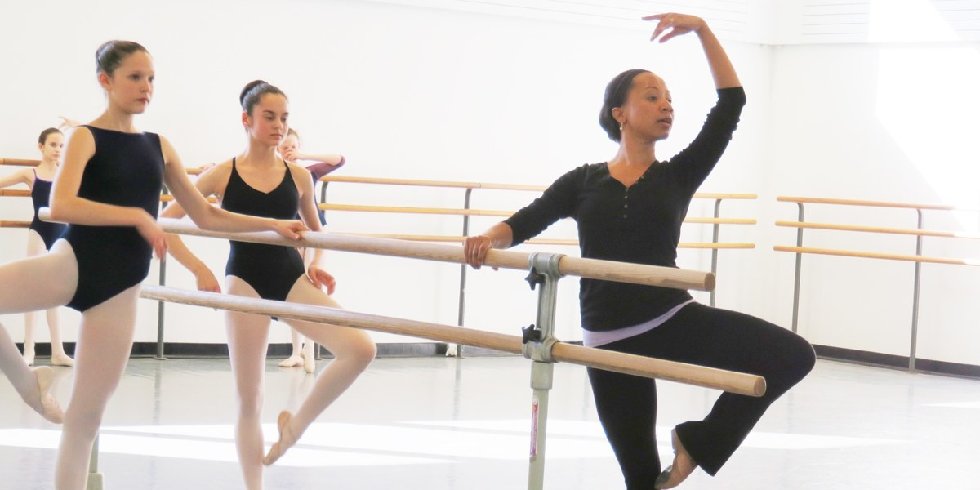 SAB’s new National Visiting Fellows Program teaches instructors from diverse backgrounds—an encouraging sign of change. Kay Mazzo and the administrators realize that it is their responsibility to find and train dancers for NYCB, hence SAB has been actively recruiting students of color. However the environment within the ivory tower is still just that: ivory. Martins’ exit brings the possibility of reimagining. With an interim artistic directorship team that includes a woman (Rebecca Krohn) and an African American (Craig Hall), perhaps a radical shift is possible.

Some are hoping that NYCB’s new artistic director will be a woman. Representation breeds inspiration. Thousands of little girls take ballet and dream of being center stage; few imagine becoming the choreographer, and fewer still the director.

American modern dance, on the other hand, has always been spearheaded by women. While the ballerina languished in her tower, with little changing but the length of her her tutu, Duncan, St. Denis, Graham, Dunham and Primus were blazing trails.

Ballet needs a power shot of estrogen and a booster of color.

These are not new concepts. Ballet already underwent a radical reimagining in the 1970s when Karel Shook and Arthur Mitchell founded the Dance Theatre of Harlem. It was radical not solely because of the hue of the dancers, but the fact that DTH challenged the foundational aesthetics of classical ballet by redefining the color, shape and size of the ballerina. She ranged from beige to mahogany, waif to womanly with heights from 5’2″ to 6’0″. 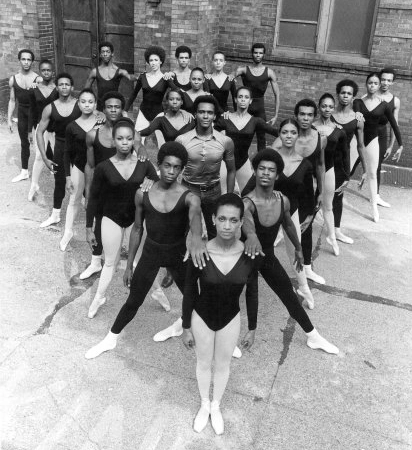 Photo from Dance Theatre of Harlem archivesDTH destroyed the mythical “breaking the line” argument used by Balanchine when asked why he did not accept a black woman into NYCB. You can only “break” a line if you “make” a line. The uniformity of DTH’s corps de ballet was not in the dancers’ physical sameness, but in the their classical technique, lines and precision of execution.

When Llanchie Stevenson wore brown tights in rehearsal, the “correctness” of her legs matching her arms clicked for Mitchell, hence tights were painstakingly dyed and shoes spray painted to match the dancers’ varied complexions. The women danced with braids and afro halos, a radical reimagining of the classical bun.

DTH also reimagined the ballet repertoire, dancing the works of Balanchine and John Tara (Firebird), alongside culturally rooted ballets like Geoffrey Holder’s Dougla, Louis Johnson’s Forces of Rhythm and Mitchell’s own John Henry. Knowing that DTH would never be taken seriously until it did a classic, Shook and Mitchell conceived Creole Giselle, creating a scenario where it made sense for black people to be in the story. It was not a bastardization of classical ballet, but a celebration of the art form’s elasticity and capacity for inclusion.

The most radical thing that DTH did was grounding the ethereal ballet into the reality of the time. Its very existence was indirectly a socio-political statement. Without marching or carrying a sign, it was an artistic arm of the Civil Rights Movement. It was outreach before there was funding for it. It was courageous, fearless, inspirational, aspirational and classically American.

In this sense, ballet has a track record for reinvention, and the potential for radical reimagining. The question is, do today’s ballet leaders have the “buns” to do it?