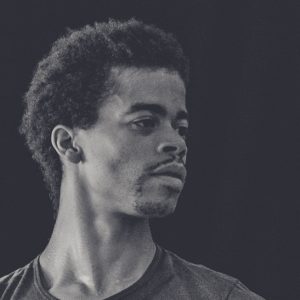 Steven Melendez was born in New York City in 1986 and started his ballet training as part of the LIFT Scholarship Program at Ballet School New York at the age of seven. Later, he studied at the School of American Ballet and attended summer intensive programs with the San Francisco Ballet Academy, Houston Ballet Academy, and Kaatsbaan International School.

In 2001, Melendez joined New York Theatre Ballet as an apprentice and in 2006 was promoted to principal. While there, he performed leading roles in choreographies by Fredrick Ashton, George Balanchine, John Butler, Agnes DeMille, Donald Mahler, Antony Tudor, and others. In 2004, while dancing with New York Theatre Ballet, he graduated from the American Ballet Theatre Studio Company Associate Program, the program culminated in a performance of Oblivion by Jessica Lang and Continuo by Antony Tudor.

In 2007 Melendez joined the Vanemuine Theatre Ballet Company in Tartu, Estonia, as a principal dancer. With the Vanemuine Theatre he performed principal roles in Onegin (Vasily Medvedev), The Nutcracker (Pär Isberg), Giselle (Feco), and Peter Pan (Titova). The leading male role in Pär Isberg’s Uinuv Kaunitar (Sleeping Beauty) and the title role in Ruslan Stepanov’s Kevade were both choreographed on him.

In 2015, Melendez celebrated his 15th season with New York Theatre Ballet, performing world premieres in works by Pam Tanowitz and Nicolo Fonte as well as the US premiere of Richard Alston’s Such Longing. He is a frequent guest artist at the Teatro Nacional de Costa Rica and Ballet Palm Beach.

Melendez is a faculty member of Ballet School New York and also holds an annual summer workshop in Nagoya, Japan.

In 2008 Melendez received a diploma from the fifth Rudolf Nureyev International Ballet Competition in Budapest, Hungary. He also received special recognition from head jurist Maya Plisetskya for his second round performance of Onegin. Afterwards, he was invited to perform in the gala entitled Celebrating the Classical Male Dancer and later represented Estonia at the 13th International Baltic Ballet Festival in Riga, Latvia. In 2009 he performed in the Johvi International Ballet Gala for Agnes Oaks’ farewell tour and in 2012 performed at the Jacob’s Pillow International Dance Festival Gala The Men Dancers: From the Horse’s Mouth. Melendez is a Van-Lier Fellowship recipient and was a 2012 Clive Barnes Foundation Award nominee. He is a protégé of David Howard.