Brown ballet shoes are to be made for the first time in the UK in a move hailed as “historic” for diversity.

Dancers from minority ethnic backgrounds can now get pointe shoes in both bronze and brown instead of traditional pink to match their skin tone.

The footwear is made by Freed of London – Britain’s oldest manufacturer of ballet kit.

Cassa Pancho, founder and artistic director of Ballet Black, a professional company of black and minority ethnic dancers, hailed the news as marking an “historic moment” in British ballet.

“Although it may seem like a very small change to the outside world, I believe this is a historic moment in British ballet history and another step forward for culturally diverse dancers across the globe,” she said.

Dancers not catered for by standard-issue pink shoes have previously had to rely on ‘pancaking’ – the application of foundation or powder make-up to their shoes to make them match their skin colour. The process can take up to two hours to complete and require up to three coats of expensive make-up.

Wearing shoes of the same colour as one’s skin tone is essential for keeping an unbroken line from “fingertip to toe”, Pancho added.

Krystal Karmody, marketing manager at Freed which has manufcatured ballet shoes since 1929, said she had spent 18 months developing the shoes in conjunction with dancers at Ballet Black.

“We didn’t want to just make a shoe for the sake of making a shoe. We had to get the right colour on the binding, the elastic, the ribbons – the whole shoe had to be right,” she said.

Notable exceptions to the general rule of dancers wearing pink pointe shoes include the white shoes traditionally worn by dancers for productions of The Nutcracker and the black shoes of the black swan in Swan Lake.

A spokesperson for the Royal Ballet company hailed the development as “great news”.

It comes a month after black ballerina Precious Adams was targeted by dance traditionalists after revealing she will no longer wear pink ballet tights on stage.

Recently, English National Ballet first artist Precious Adams announced that she will no longer be wearing pink tights. With the support of her artistic director Tamara Rojo, she will instead wear chocolate brown tights (and shoes) that match her flesh tone.

It may seem like a simple change, but this could be a watershed moment—one where the aesthetics of ballet begin to expand to include the presence of people of color.

With all the work being done worldwide to increase the number of black dancers in ballet, it was only a matter of time before we got here. Bare legs and flesh tone shoes are commonplace in contemporary ballet but in classical and neoclassical ballet, pink tights and shoes remain a linchpin. 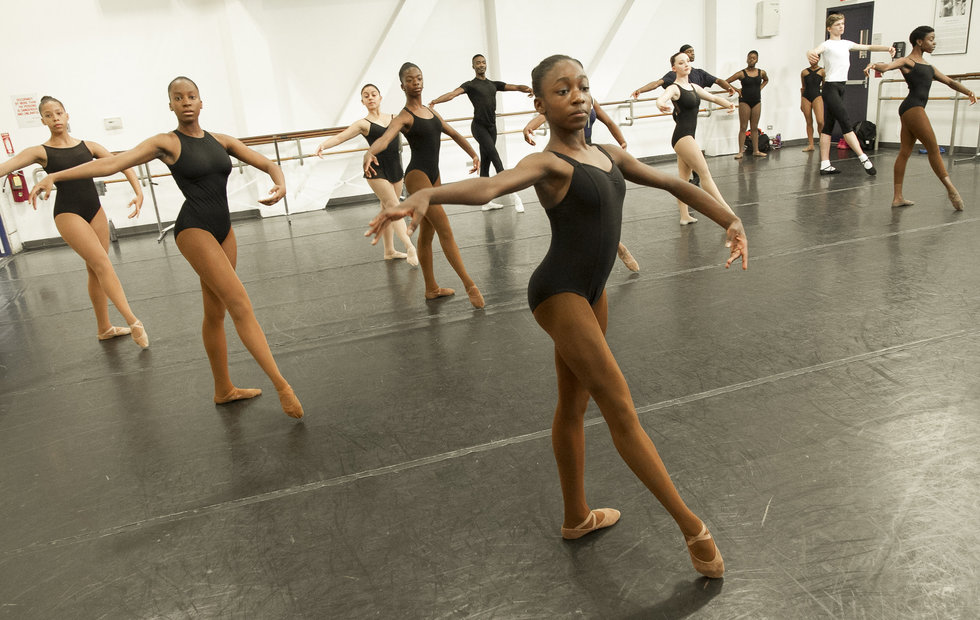 Dance Theatre of Harlem first debuted flesh-tone tights and shoes in 1974 on the back leg of a European tour. Dancer Llanchie Stevenson was the catalyst: From her first days in the company, she consistently implored Arthur Mitchell to allow them to wear tights and shoes that matched their skin color. Stevenson explains, “One day I noticed that my arms were a different color than my legs, I thought that I looked so disjointed. I started wearing brown tights over my pink tights.” Mitchell liked it so much he decided that all dancers had to wear tights to match their skin. The decision was a declaration of ownership of the art form, and a redefinition of classism.

Where did the tradition of pink tights come from anyway? In the 1790s, Austrian ballet dancer Maria Viganó shocked Parisian audiences when she and her brother Salvatore performed in sheer white muslin tunics, her legs covered by flesh pink hosiery that gave the appearance of nakedness. At the time, the Paris Opéra banned “nude pink” due to social concerns, but by the end of the 19th century, pink tights were the norm. The intent was to have both the hosiery and shoes disappear, and back then, pink was as tastefully close to nude as they could get without having the theaters burned down in scandal.

Since then, little thought has been given to this tradition, but it is safe to say that the sole reason ballet tights and shoes are pink is because at the time the tradition started, all of the dancers were white. As racial uniformity decreases, should we not reevaluate the relevance of pink tights and shoes? Could it not be argued that the actual “tradition” is that the tights and shoes should match the dancer’s complexion?

Most of the arguments against flesh-tone tights center around the preservation of the classical aesthetic of uniformity. It could be said that brown tights work for DTH because they are a group of dancers of color, therefore the brown tights are in a sense uniform. But when there are only one or two dancers in the corps wearing brown tights, some believe that it “breaks the line.”

This begs the question: How much difference is there between a brown arm and head and a brown leg in a line? Not much. But there are directors who still see discernible brownness in the corps to be problematic.

In the mid-1980s when Houston Ballet’s Ben Stevenson (not related to Llanchie) cast an up-and-coming Lauren Anderson in his ballet Peer Gynt, it was the first time her skin tone was artistically discussed. “The costume was a unitard that went from (white) flesh tone to green, when I put it on it didn’t look right, so they dyed the legs to match my skin, and that was the first time that it was done,” says Anderson. Stevenson was also open to her wearing her natural hair in the role so long as it was thematically tied-in.

Later, during a Nutcracker tech rehearsal, Stevenson found that Anderson’s legs in pink tights as Sugarplum appeared grey under the lights. They decided to test a few shades of brown but none looked right. “Finally, Ben said, ‘Call Dance Theatre of Harlem and find out what they use.’ That was music to my ears,” Anderson recalls.

Once she had done Sugarplum with brown tights and shoes, she says, “It didn’t make sense for me to go back.” As she rose through the ranks to principal, Anderson wore a variety of shades depending on the role: pink if she was in the corps or in a Balanchine work, tan for classical ballets or a richer brown—more her real complexion—in her principal roles. 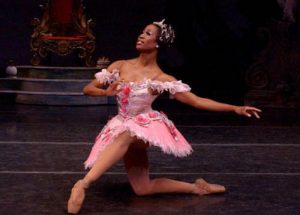 Tights are just the beginning when companies are seeking to truly honor diversity. The myriad technical considerations for dancers of color extends to costuming, hair, make-up and lighting. “You light the set and costumes perfectly, you have to light the dancers as well,” says Anderson. “All of my partners had to contend with an extra spot on them when they danced with me.”

If companies want to be inclusive, artistic teams can no longer be on auto-pilot. It requires seeing productions with fresh eyes, possibly reconsidering the blonde wigs, certain hair hairstyles, and even scenery (when Anderson danced Cinderella, Houston Ballet created new portrait of a black mother). “As part of my artistic vision, I wanted to find a natural look for all my dancers. Pink tights are traditional, but it was important to me that we found something that was natural for Lauren,” says Ben Stevenson.

Pacific Northwest’s artistic director Peter Boal learned the impact of having an open dialogue with dancers of color when he asked student Samrawit Saleem how she wanted to wear her natural hair for the role of Clara. The Nutcracker photo of her double strand twist went viral. 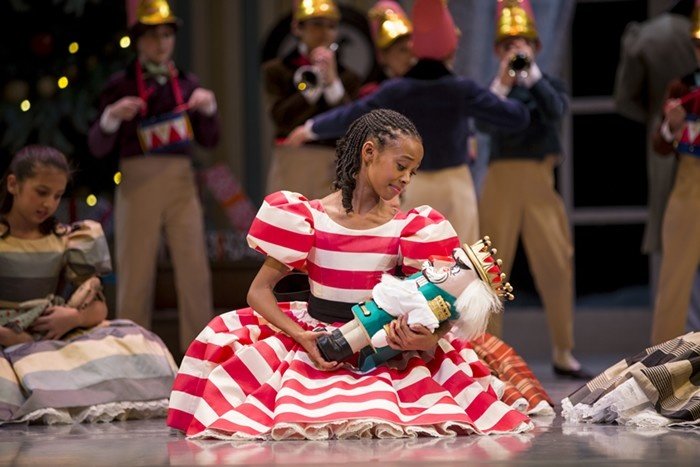 A by-product of inviting others in is that you have to engage with them and take their feelings and experiences into consideration. You must ask people what would make them feel included, not assume you know. It requires that you authentically, with empathy and compassion, examine the conditions that you have been operating out of and be willing to let go of some and redesign others.

When you are seeking change, you can’t expect things to stay the same. When ballet organizations started their journey toward diversity, most were solely focused on increasing the number of brown bodies on stage. However, it is becoming clear that the issues run far deeper. Inclusion requires integration. Ballet is learning that you can’t just add brown bodies, you have to change the culture. But we can start can start to rebuild from the ground up with shoes and tights.