Choreographed by artistic director Paul Vasterling, the ballet derives its provocative title from poet Caroline Randell William’s book, which explores the woman behind Shakespeare’s “Dark Lady” sonnets. Through her research, Williams came to discover that Lucy Negro was in fact an Elizabethan era black brothel owner who enchanted the Bard.

Told through poetry, prose and cultural criticism, Williams’ book explores themes of equality and beauty, imagining the love affair between Lucy and “Mr. Whiteness Him Bad Bard Self,” aka William Shakespeare.

Vasterling discovered the story when the book was gifted to him, and he became transfixed. He saw its possibility as ballet primarily because he had a dancer to embody the role: Kayla Rowser.

“I wouldn’t even be approaching this work if I didn’t have her in the company,” he says, illustrating the inherent value of having diversity in the room—both your perspective and your possibilities are broadened. You can’t tell diverse stories without diversity represented.

Of course, white people telling the stories of people of color is inherently problematic, and this fact was not lost on Vasterling. When he approached Williams, the first question he asked was whether he was the right person to tell this story.

“If he hadn’t asked that question I would have been worried,” says Williams. “It was important to me that he felt othered some way. When Paul said ‘I feel like Lucy is me too,’ I was like, Thank god!”

There is an intersectional love triangle in the story that involves two men and a woman, two social taboos—interracial and homosexual love—which makes one third of the story Vasterling’s as well. 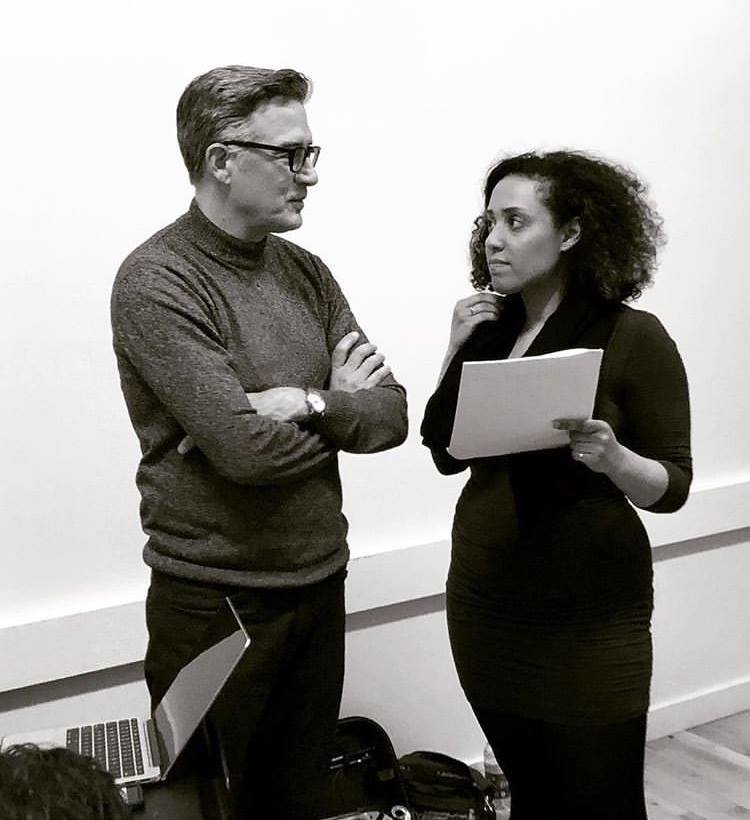 In addition to Williams, who will perform spoken word from her book, 2017 MacArthur award-winning bluegrass musician Rhiannon Giddens composed the original score, and Rowser originated the title role, working closely with Vasterling to bring Lucy to life.

The use of three African American women as collaborators is significant. Seldom are people of color so highly represented on artistic teams outside of historically black companies like Dance Theatre of Harlem or Alvin Ailey American Dance Theatre.

The black female body in classic literature and art is also a rarity. Where it has been present, it has often been scrubbed, whitewashed or, as Williams says, “othered to the point of grotesqueness.” Williams adds, “Kayla, Rhiannon and myself all come from very historically white creative spaces. The idea that the three of us are coming together to create a work of art that engages with all three of our classical forms, that tells an altogether new story set in an historical space, it says that we have been here all along, we are supposed to be in these spaces, we should have always been in these spaces.”

Although she has embodied pinnacle roles like Odette/Odile, Aurora, Firebird and Sugarplum, for Rowser, originating Lucy speaks not only to the ballerina in her but the woman as well. “What’s been overwhelmingly powerful throughout this process has been doing something I’ve done my entire life with the addition of the character being based on something I can fully relate to,” Rowser says. “Sharing space with Caroline and Rhiannon has been incredible for a project like this.”

Williams had studied to be a Shakespearean actress but found herself marginalized within the work, cast in matronly roles or having to be “regarded” as white. Her discovery of Lucy Negro and the Dark Sonnets created a space for inclusion in that world. If Shakespeare could write, “Then will I swear that beauty herself is black” and “Thy black is fairest” to describe a woman who was the object of his affection and desire, it signified to Williams’ that Shakespeare (the genre) could love her as well.

Yet, how do we assess whether or not a project like Lucy Negro Redux is simply a marketing ploy? Lauren Wingenroth’s article calling out the tokenizing of black dancers pointed out that these artists sometimes feel trotted out to illustrate a company’s “good works.” This is a natural and warranted reaction. An organization’s intentions should be interrogated; they should be held accountable for they ways they present artists of color. Part of equity is creating the terms upon which you agree to participate. During the process of diversification, as more dancers of color get hired, promoted and featured (on stage and in ads), at first it will feel like tokenism until it becomes normalized. Only time will bear out the authenticity of this “progress.”

After all, Lucy Negro Redux is premiering during black history month. Yet Vasterling says that wasn’t a marketing move; it’s just when the company’s contemporary series falls.

The truth is, Lucy Negro Redux is a textbook example of how ballet companies should be thinking in regards to creating inclusion. With this ballet, Vasterling performs as ‘ally,’ creating a space for the black body, the black voice and the diversity of the black experience (in the vehicle and his collaborators) and he is doing so within the organic, existing context of Nashville Ballet.

Research has shown that diversity changes “the tenor of decision-making” and “benefits the market.” Another recent example of this was New York City Ballet’s commissioning Kyle Abraham to create The Runaway. Not only was it a critically–acclaimed piece that challenged the audience’s perceptions of what ballet could be, it showed what NYCB should look like and present.

Most profoundly, Abraham created an artistic vehicle that showcased the diverse virtuosity of principal Taylor Stanley. The symbiosis between the two was palpable, not just in the movement generated but in the level of ownership that exuded from Stanley. It was deeply personal, intimate, as though he was dancing a love letter written to him. Abraham’s offering knitted together aspects of Stanley’s talent and experiences as a ballet dancer of color that might never have connected had he not been invited to work on the company.

That collaboration enabled to artistic team to see Stanley in a new light: Shortly after, he was cast in Balanchine’s Apollo. The interim artistic team, led by Jonathan Stafford, includes Craig Hall, Rebecca Krohn and Justin Peck. Different eyes see different things, and their inclusive, collaborative casting process is proving to bring forth juicy and delicious fruit.

“The new model of casting did have something to do with Taylor’s casting in Apollo, and the casting of the new guys in Cavalier,” says Stafford. December’s Nutcracker season featured four Cavaliers of color: Stanley and Silas Farley, plus Preston Chamberlee and Daniel Applebaum making their debuts in the role.

Both Nashville Ballet and NYCB are members of The Equity Project: Increasing the Presence of Blacks in Ballet. This three-year program (of which I am a part of the design and facilitation team) is a learning cohort where artistic and executive directors can gain the information and tools needed to address diversity, equity and inclusion from an educated place. It challenges the leadership to be courageous in confronting the implicit and explicit biases that exist within themselves, their organizations and the very culture of ballet.

There are great strides happening behind the scenes. When people know better, they do better. Productions like Lucy Negro Redux might just be the evidence that ballet is an old dog that can learn some new tricks.

Related Articles Around the Web