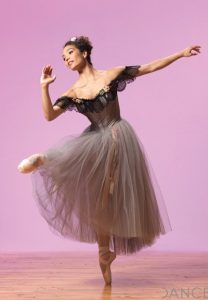 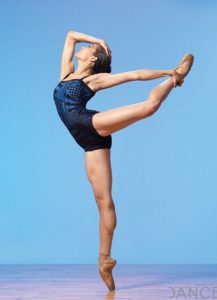 Maggie Small, a native of Richmond, Virginia, began dancing at The School of Richmond Ballet. She completed the trainee, apprentice, and Minds In Motion programs and attended New York University before joining the Richmond Ballet’s main company in 2006. Recently she earned a B.A. in Performing Arts through the LEAP Program at St. Mary’s College of California. At Richmond Ballet, she has performed and originated many roles. Some favorites include Juliet in Malcolm Burn’s Romeo and Juliet; the title role in John Butler’s Portrait of Billie and Eve in his After Eden; George Balanchine’s Duo Concertant; and new works with Ma Cong, Jessica Lang, and Val Caniparoli. While with the Richmond Ballet, Small has performed at the Linbury Theatre in the Royal Opera House in London; at the Chicago Dancing Festival; at the Spring to Dance Festival in St. Louis, Missouri; and multiple times at the Joyce Theater in New York City. She has spent summers working with National Choreographers Initiative, VOICE Dance Company, and Jessica Lang Dance, with whom she performed at Jacob’s Pillow. In 2012, she was featured on the cover of Dance Magazine as Richmond Ballet’s “Homegrown Ballerina.” In January of 2019 she was honored to be chosen as the only dancer to perform alongside Carmen DeLavallade in Life of a Legend: Carmen de Lavallade at Jazz at Lincoln Center.