Cuban native Osiel Gouneo, although still quite young, is already a celebrity of the international dance scene and is renowned for his jumping power and outstanding technique. Born in 1990 in Matanzas, Cuba, he began his training at the Cuban National Ballet School in Havana in 2005. In 2008 he joined the Cuban National Ballet, where he was appointed a principal dancer in 2011. Afterwards, Gouneo danced with the Norwegian National Ballet for three years. At the beginning of the 2016/17 season, he joined the the Bayerisches Staatsballett (Bavarian State Ballet) as a principal dancer. He has performed on stages such as the Coliseum in London, the Bolshoi Theatre in Moscow, Lincoln Center in New York, the Paris Opera, and the National Theatre Japan in Tokyo. Besides his performances with the Bayerisches Staatsballett, Gouneo also guests as a principal dancer with the English National Ballet, the Royal Danish Ballet, and numerous dance festivals and galas.
Source: 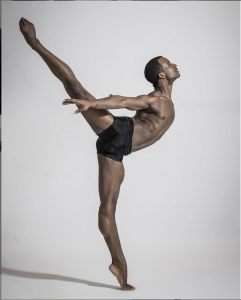 Debuts with the Bayerisches Staatsballett: