James Truitte was born in Chicago, Illinois in 1923. Truitte danced briefly with the First Negro Classic Ballet Company (1947-1959), established by Joseph Rickard, before joining Lester Horton Dance Theater in 1950 where he was a lead dancer. Truitte joined the Ailey company in 1960 and stayed through 1968, serving for several years as associate artistic director and teacher and was a primary authority on the teaching of Horton’s technique and choreography. He was recognized for choreographing the famed solo “I Want to Be Ready” from Ailey’s Revelations. Truitte taught Horton technique throughout the nation and restaged Horton dances for the Alvin Ailey American Dance Theater, Dance Theater of Harlem, Cincinnati Ballet, Joyce Trisler Danscompany, and the Dayton Contemporary Dance Company, among others.

After leaving the Ailey company, he became an associate professor at the University of Cincinnati College—Conservatory of Music in 1973 and was named professor emeritus in 1993. He was a frequent artist in residence at the American Dance Festival and took part in many national conferences on Black dance. His film career included performances as a dancer in Carmen Jones and South Pacific. Truitte died in 1995 at the age of 72. 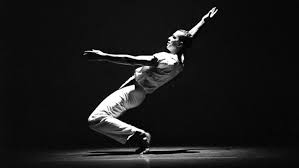