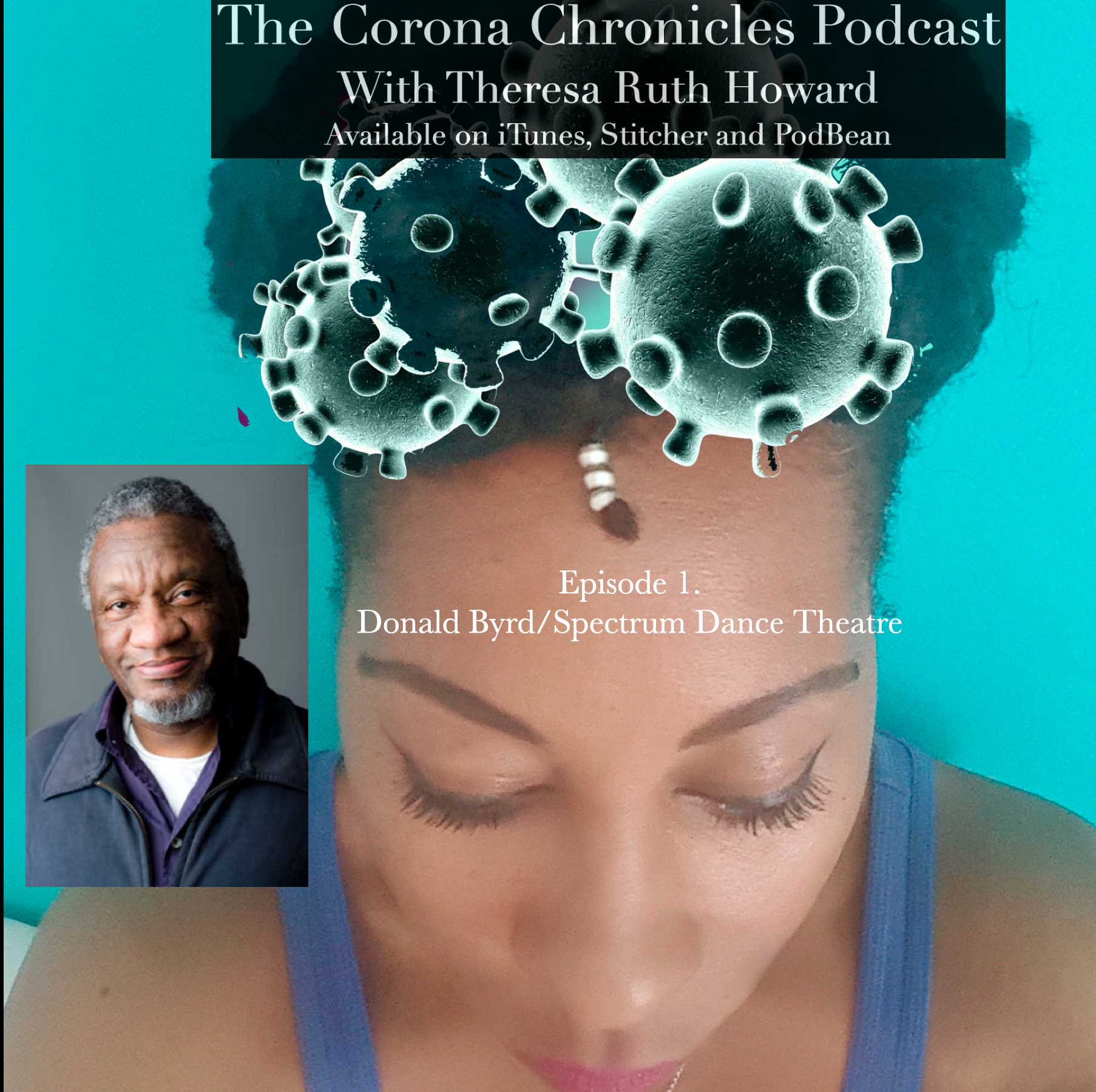 For those of you who may not know Choreographer Donald Byrd, he is the Artistic Director Spectrum Dance Theatre in Seattle Washington which was a city that had some of the first cases of the Corona Virus in America. Donald and his company keep rehearsing for a long as possible until they had to begin to practice social distancing and shelter in place.

Donald an I have known one another for over 20 years. We first met when I danced in his production of Carmina Burana for New York City Opera he created a beautiful solo for me and then I danced in his production of  Harlem Nutcracker and later toured with his company Donald Byrd/The Group when they did the Beast. Ironically the day that we were supposed to start rehearsals for it was 9/11, and we were flying to L.A to start the tour on the day America retaliated with” shock and awe” in Iraq.. so we’ve been through a lot together. We always have the best conversations, ranging from deep to silly we challenge and support one another and  always with healthy doses of laughter this conversation was not different.

The thing to know about Mr. Byrd he loves dances, art, travel and above all FOOD!!! Enjoy