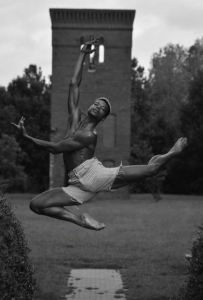 Keith Reeves is from Augusta, Georgia and began his training at age 15 with Jennifer Tools at the Jessye Norman School of the Arts. In 2010, he began training with the Augusta Ballet School, later joining Dance Augusta under the direction of Zane and Ron Colton. In 2015, he trained under Nicolas Pacana and Jocelyn Buchanan at the Atlanta Festival Company. In 2016, Reeves received the Audrey B. Morgan Scholarship for the Atlanta Ballet Centre for Dance Education Conservatory program. He also has received scholarships to summer programs at Joffrey Ballet, Nashville Ballet, and The School at Jacob’s Pillow. He has performed works by John McFall, George Balanchine, Jorden Morris, David Bintley, Tara Lee, Yuri Possokhov, and Ohad Naharin, among others. After two successful years as an apprentice, Reeves became a company member in the 2018|2019 season.