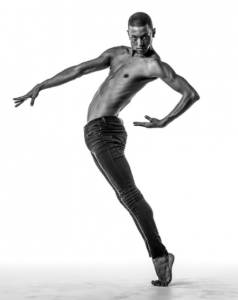 Craig Pedro was born in South Africa. He joined Joburg Ballet (then The South African Ballet Theatre) as an aspirant dancer in 2009 and, the following year, joined Cape Town City Ballet where he was promoted to soloist in 2015. With Cape Town City Ballet he danced the Jester in Swan Lake (production by Atillio Labis), Robert in Raymonda (production by Norman Furber), Peter Pan and Tinkerbell in Peter Pan (production by Robin van Wyk), Frans in Coppélia (production by David Poole), Bluebird and Pas de Trois in The Sleeping Beauty, Mercutio in Romeo and Juliet (production by Robin van Wyk), and the leading male role in choreographer Ashley Killar’s Sarabande. In 2017, he danced as a guest artist in Joburg Ballet’s production of La Traviata. In 2020 he joined Joburg Ballet, initially as an ad hoc artist and now holds the rank of soloist.