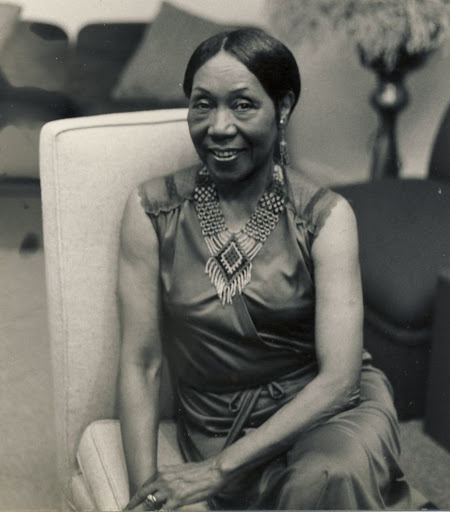 In 1937, Japanese dancer, teacher, and choreographer Yeichi Nimura and Virginia Lee established The Nimura Studio at “61” Carnegie Hall in 1937, renaming it Ballet Arts when they co-founded the school in 1940. It is the oldest continuously operating dance school in NYC after the School of American Ballet (which opened 3 years earlier). From its time at Studio 61 in Carnegie Hall, the school has hosted many important dance pioneers, including the Isadora Duncan Dancers, Ted Shawn and Ruth St. Denis, and was an important rehearsal space for artists such as Jerome Robbins, George Balanchine, and Agnes DeMille.”

Williams received a scholarship from Virginia Lee and studied at the Arts Students League until she was 20 years old.

More about the Arts Students League

“The Art Students League was founded in 1875 by a group of artists, almost all of whom were students at the National Academy of Design in New York City and many of whom were women.

The Art Students League is a distinctly American school founded in the spirit of independence shortly before our nation’s centennial year. Just as the country sought to find its own way independent of  Great Britain, the group of students who formed the early League sought to be free of dependence on the National Academy of Design. “We can do it ourselves” could as easily been the league’s motto. This is the secret of a League education, the freedom to find your own way. The League founders were never so much rebels as believers in autonomy.

The atelier system, brought back from France by American artists, existed outside of the restrictive École des Beaux-Arts. Students were free to come and go as they wished from communal studios so long as they contributed their fee to the studio’s expenses. Master artists were asked to come in and critique twice a week. A raw beginner would learn a great deal of the basics by observing more experienced students. Students could change ateliers if they chose to follow another master. This is in contrast to the strict curriculum of the exclusive École where students proceeded from drawing the cast to the nude and eventually being allowed to paint, often with prescribed subject matter.

The artists declared their intention to found a new school by pinning a notice on the bulletin board of the Academy inviting students and instructors to attend a meeting. This occurred when it was rumored that the National Academy, due to financial difficulties, would cancel all classes temporarily….Also at that time, in the post-Civil War era, New York City was rapidly becoming the artistic capital of the nation. However, many young artists, influenced by modern European developments, felt that the Academy’s instruction was too conservative and unsympathetic to their new ideas about art.”