Ballet Theatre of the Virgin Islands 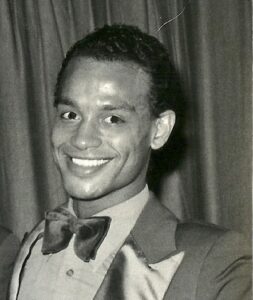 Ray Collins was born and educated in Mobile, Alabama. In 1970, Collins joined the Dance Theatre of Harlem and toured nationally and internationally with the company. Collins also appeared with Lotte Goslar in Clowns and Other Fools on Broadway in 1972. The following year, Collins joined the staff of the St. Thomas School of Dance, teaching a range of styles including ballet and acrobatics. At the same time, he was also choreographing and performing with the Ballet Theatre of the Virgin Islands. Collins was brought to England to help start the first Bachelor Of Fine Arts at Middlesex University. In 1977, Collins co-founded MAAS Movers in London. Named after the Minority Arts Advisory Service, MAAS Movers was the first Black Dance Company in England. In London, Collins also continued performing in Broadway productions including in the original West End cast of Bubbling Brown Sugar. Collins moved to Paris, France in 1978 where he starred in the Alcazar De Paris cabaret. In 1995 Collins became the founder and Artistic Director of Company Ray Collins.

Collins received his Bachelor of Arts in Human Services in May 2000 from the University of South Alabama, focusing in Psychology, Criminology, and Communications with an Emphasis in Counseling. Subsequent work includes Substance Abuse Counselor and Treatment Director of several Rehabilitation Facilities.