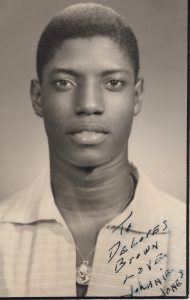 “Passage for Two,” originally and memorably danced by Wilma Curley and John Jones, was a duet of exploration. Mr. Verso agreed that Robbins was “making a statement” by casting an interracial couple. He noted that the duet has also been danced by white couples: he did the male role as a leading dancer in the Joffrey Ballet in the 1970’s (which he joined after performing with Ballet Theater).