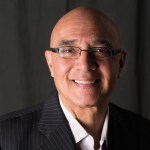 Ronald K. Alexander is an independent arts consultant, dance educator, and choreographer. Born in Washington DC, he started his formal training with Mike Malone and Peggy Cooper at the Workshop for Careers in the Arts at George Washington University. He continued his training with David Shields at the David Shields School of Ballet in Boston, MA and Billy Wilson at the Elma Lewis School of the Arts in Roxbury, MA while attending Boston University on a full academic scholarship. He subsequently received a full scholarship to the National Ballet School in Toronto, Ontario, Canada. He has performed with the following ballet companies: the National Ballet of Canada, the Iranian National Ballet, the Frankfurt and Hamburg Ballet Companies in Germany, and the Metropolitan Opera Ballet in New York City. He has choreographed numerous dances for schools, colleges, and dance companies, including the Hamburg Ballet, Clark Center for the Performing Arts, the Ailey School, the Harlem School of the Arts, Boys and Girls Harbor Conservatory, the Alpha-Omega Theatrical Dance Company, and the Nanette Bearden Dance Company. He participated in the Carlisle Choreographers Project in Pittsburgh, PA and the Dance Theatre of Harlem’s Emerging Choreographers Series under Bessie Schonberg. He has served as a guest teaching artist at the following organizations in NYC: the Ailey School, the Dance Theatre of Harlem School, Lincoln Center for the Arts in Education, Clark Center for the Performing Arts, Boys and Girls Harbor Conservatory, Ruth Williams School of Dance, Henry Street Settlement, Lehman College, Marymount Manhattan College, LaGuardia Community College, and Adelphi University, among others. From 1994-2002, Alexander was a NYC-certified dance instructor with the NYC Department of Education. He has held administrative and artistic positions at the following public, private and not-for-profit venues: Chairman of the Dance Department of the Harlem School of the Arts, New York, NY (1987-92) under Betty Allen; Principal of the High School for Contemporary Arts, Bronx, NY (2003-05) with the NYC Department of Education; and School Administrator at the Dance Theatre of Harlem in New York, NY (2005-07) under Arthur Mitchell. He’s studied the American Ballet Theatre School Training Curriculum (Primary to Level Five) under Franco DeVita and Raymond Lukens, the Vaganova Ballet Training Method (Primary to Level Three) under John White, and the New York City Ballet Workout as taught by New York City Ballet. He has a Master of Fine Arts degree in Dance from New York University’s Tisch School of the Arts and a certificate in School Supervision and Administration from the City College of New York, NY. From May 2008 to December 2011, he was the Academic Principal of the Nutmeg Conservatory for the Arts and was on the dance faculty. He has choreographed the following to favorable reviews: A Chorus Line in 2009 and Titanic in 2011 at the Warner Theatre, one of New England’s premier community theaters. In February 2011, Mr. Alexander was the subject of an article in Dance Teacher Magazine, Five Teachers, Five Venues. In December 2011, he returned to New York City and is presently working as a ballet instructor, choreographer, and consultant at the following schools: the Ailey School, the Joffrey School New York, the French Academie of Ballet, and Peridance Capezio Center, among others.