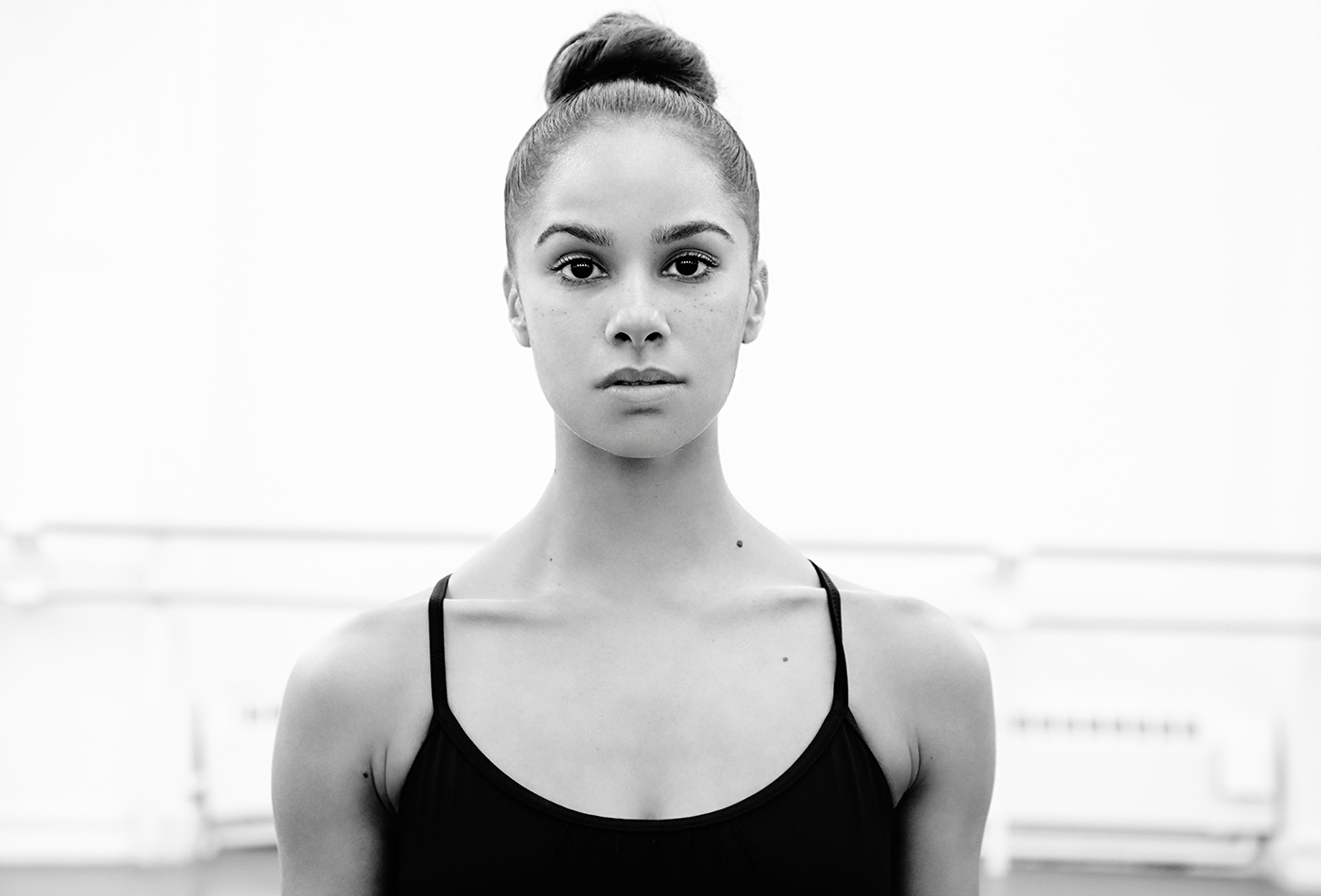 Misty Copeland joined ABT’s Studio Company in September 2000 and joined American Ballet Theatre as a member of the corps de ballet in April 2001. She was appointed to soloist in August 2007 and principal dancer in August 2015. Her roles with the company include Gamzatti, a Shade, and the Lead D’Jampe in La Bayadère; Milkmaid in The Bright Stream; the Autumn Fairy in Frederick Ashton’s Cinderella; Blossom in James Kudelka’s Cinderella; Swanilda and the Mazurka Lady in Coppélia; Gulnare and an Odalisque in Le Corsaire; Mercedes, Queen of the Dryads, the lead gypsy, and a flower girl in Don Quixote; the Masks in Christopher Wheeldon’s VIII; the Firebird in Alexei Ratmansky’s Firebird; Flower Girl in Gaîté Parisienne; Zulma and the peasant pas de deux in Giselle; Queen of Shemakhan in The Golden Cockerel; the Waltz in Les Sylphides; Lescaut’s Mistress in Manon; Clara, Columbine, and one of The Nutcracker’s Sisters in Alexei Ratmansky’s The Nutcracker; Bianca in Othello; a Gypsy in Petrouchka; the Lead Polovtsian Girl in the Polovtsian Dances from Prince Igor; the Saracen Dancer in Raymonda; Cowgirl in Rodeo; Juliet and a Harlot in Romeo and Juliet; Princess Florine in The Sleeping Beauty; and Odette-Odile, the pas de trios, a cygnet, and the Hungarian Princess in Swan Lake.

Copeland created His Loss in AfterEffect, the Spanish Dance in Ratmansky’s The Nutcracker, the Fairy Fleur de farine (Wheat flower) in Ratmansky’s The Sleeping Beauty, and leading roles in C. to C. (Close to Chuck), Dumbarton, Glow – Stop, Her Notes, One of Three, and With a Chance of Rain.

Copeland received the 2008 Leonore Annenberg Fellowship in the Arts and was named National Youth of the Year Ambassador for the Boys & Girls Clubs of America in 2013. In 2014, President Obama appointed Copeland to the President’s Council on Fitness, Sports and Nutrition. She is the winner of a 2014 Dance Magazine Award. Copeland is the author of the best-selling memoir, Life in Motion and the children’s book Firebird.