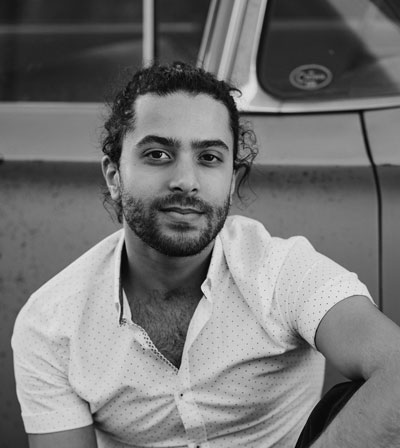 Thaddeus Davis was born in Montgomery, Alabama. He is the co-artistic director of Wideman/Davis Dance and is currently on faculty as an assistant professor at The University of South Carolina. He began his dance studies with The Montgomery Civic Ballet, Carver Creative Performing Arts Center, and the Alabama Dance Theatre. Following high school he studied and danced with Barbara Sullivan’s Atlanta Dance Theatre and Dyann Robinson’s Tuskegee Cultural Arts Center. Davis has trained with many of the premier schools in the country including: Dance Theatre of Harlem, Boston Ballet, David Howard Dance Center, Steps on Broadway, Atlanta Dance, and Tuskegee Cultural Arts Center. Davis earned a Bachelor of Fine Arts from Butler University in 1993 and his Master of Fine Arts from Hollins University/ADF in 2011.

Davis and Tanya Wideman-Davis began Wideman/Davis Dance in 2003 and continue to create work together. They have collaborated in the creation of the following works: past-carry-forward, CANE, Etta and James, Balance, Voypas, Bosket Affair, Bends of Life, Based on Images, Fragmentation, and Rock and My Soul. In addition, they have created numerous works for the University of South Carolina Dance Company, Ballet Memphis, Phrenic New Ballet, Complexions Contemporary Ballet, Fugate/Bahiri Ballet NY, The Juilliard School, Alvin Ailey American Dance Theater, Reflections Dance Company, and Nevada Ballet. Community engagement is an essential component to the work, research, and integrity of Wideman/Davis Dance. Bends of Life (2006-2008) toured through the public school system of the impoverished “black belt region” of Alabama, sponsored by The Alabama State Council on the Arts and sponsored by The National Performance Network in Cincinnati, OH; Durham, NC; and Austin, TX. Eau Claire High School in Columbia, SC hosted The Recession and its Affect on Teenagers residency in 2010. Wideman/Davis Dance has taught movement classes at the Family Shelter of Columbia South Carolina (2009) and performed multiple lecture demonstrations at the Calhoun School (2005-2010).

Thaddeus Davis, U of SC Arts and Sciences