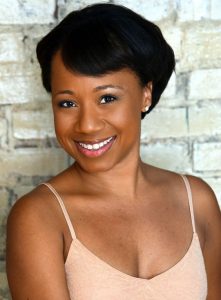 Angela Harris is the executive artistic director of Dance Canvas, Inc., a career development organization for emerging professional choreographers and youth. Harris conceived and founded Dance Canvas after witnessing the difficult path and lack of professional opportunities for young choreographers. Additionally, Dance Canvas was envisioned to create relatable professional dance experiences and new dance patrons in the Atlanta area. Dance Canvas has presented premier choreography from 52 emerging professional choreographers, showcased over 200 professional dancers, introduced over 1000 children and teens to dance through the DC NEXT youth program curriculum, and performed for over 15,000 audience members. Harris has developed youth dance/career development programs for the City of Atlanta’s Office of Cultural Affairs (Culture Club and ArtsCool), recording artist Usher’s New Look Foundation, and the Tupac Amaru Shakur Foundation. She has forged partnerships with the Atlanta Ballet, Atlantic Station, Rialto Center for the Arts, the French Consulate of Atlanta, National Black Arts Festival, and Kennesaw State University. Through Dance Canvas, Harris has been a catalyst, consultant, and resource for numerous new dance organizations and artists throughout metro Atlanta. She received the 2011 Emerging Leader Award from Americans for the Arts and American Express and was selected to be in the 2014 class of Arts Leaders of Metro Atlanta (ALMA). Harris served on the national Emerging Leaders Council for Americans for the Arts from 2011 to 2014 and is a member of Dance USA.

Artistically, Harris is a choreographer, dancer, and a graduate of The Baltimore School for the Arts. Harris received her dance training at Dance Theatre of Harlem, School of the Hartford Ballet, and The Eglevsky Ballet. She attended Mercyhurst College and City College of New York, earning a B.A. in Journalism while on full ballet scholarship at Steps on Broadway. Harris danced professionally with The Georgia Ballet, Columbia City Ballet, and Urban Ballet Theater in NYC. Harris’ Atlanta theatre performance credits include Sophisticated Ladies and Degas’ Little Dancer (u/s) at the Alliance Theatre, as well as numerous productions with the Aurora Theatre, including A Chorus Line, in which she starred as Kristine DeLuca. She was a principal in Jasmine Guy’s production of Daughters of Alpha in New Orleans, as well as a soloist dancer in the national tour of The Thorn, choreographed by Deanna McBrearty of New York City Ballet. Her choreography has been performed by The Georgia Ballet, Steps on Broadway Ensemble, Ballet Lubbock, Savannah Arts Academy, as well as other companies and schools across the country. She choreographed Willy Wonka and West Side Story at Fabrefaction Theatre. Harris is an instructor at Dekalb School for the Arts and Academy of Ballet. She is currently on faculty at the Oklahoma Summer Arts Institute and has been a master class instructor at colleges and universities across the country. Harris was awarded the 2012-13 Emerging Artist Award in Dance from The City of Atlanta’s Office of Cultural Affairs and received a proclamation from the Atlanta City Council. Harris was selected as one of five Inaugural National Visiting Fellows at the School of American Ballet in NYC. Most recently, Harris received an SDCF Observership and worked with Susan Stroman on the new musical Little Dancer during its Development Lab for Broadway.