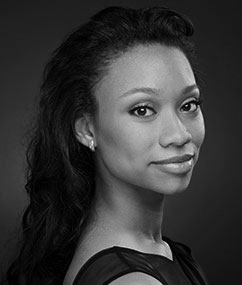 Olivia Boisson is a member of New York City Ballet’s corps de ballet. She was born in Queens, New York, and began her dance training at the age of six at The Ballet Arts School of Forest Hills. She later studied at the Dance Theatre of Harlem in 2000 before enrolling as a full-time student at the School of American Ballet, the official school of New York City Ballet, during the fall of 2004. In August 2012, Ms. Boisson became an apprentice with NYCB, and the following December, she joined the company as a member of the corps de ballet. Ms. Boisson was the recipient of the 2012 Mae L. Wien Award for Outstanding Promise.