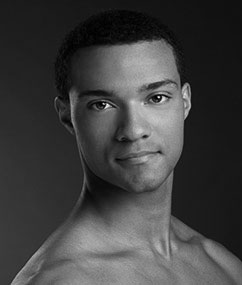 Preston Chamblee is a member of New York City Ballet’s corps de ballet. He was born in Wendell, North Carolina and began his dance training at the age of 14 at the Raleigh School of Ballet under Mary Legere and Pablo Perez. He continued his training at the International Ballet Academy in Apex, North Carolina from 2010 to 2013. Mr. Chamblee studied at the School of American Ballet (SAB), the official school of New York City Ballet, during the 2012 and 2013 summer courses and enrolled as a full-time student in 2013. He was named an apprentice with NYCB in August 2014 and joined the company as a member of the corps de ballet in February 2015.