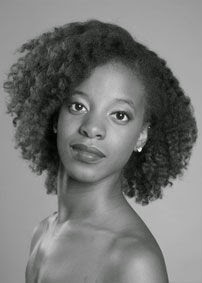 Ms. Holmes was born in Livingston, NJ but raised in Wilmington, NC. She began her first ballet and tap classes at Dance Elite at age six. At age eight, she began her formal training of ballet at the Wilmington School of Ballet after attending a week-long outreach program with the school. She studied there on full scholarship from 2000-2007 under the directorship of Elizabeth Hester. Ms. Holmes attended summer programs such as North Carolina School of the Arts, School of American Ballet, Chautauqua School of Dance, Kirov Academy of Ballet, and Joffrey Academy’s International Summer Dance Intensive. She was accepted into the HARID Conservatory on a full tuition scholarship in 2007 and graduated in 2010.

Ms. Holmes then joined the Joffrey’s Trainee Program in 2010 and the main company in 2011. Since joining the Joffrey, Ms. Holmes has danced in many ballets including Incantations, Son of Chamber Symphony, Swan Lake, La Bayadère, Don Quixote, Forgotten Land, Tulle, and The Nutcracker. She has also performed lead roles in Cinderella, Paquita, and Le Corsaire. She was nominated for a 3Arts Award in 2015.