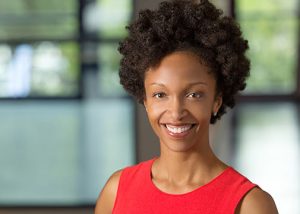 Hailing from Illinois, Ayisha McMillan Cravotta’s dance career began at an early age at the Momenta Dance Company, where she trained in ballet and early American modern dance with Stephanie Clemens. On scholarship from Homer Hans Bryant, founding principal dancer at Dance Theatre of Harlem, Cravotta studied at the Chicago Multi-Cultural Dance Center. She also trained at Maria Tallchief’s School of Chicago City Ballet and under Bolshoi Ballet Director Asaf Messerer and Mikhail Messerer at their Soviet American Ballet School. At the age of 15, Cravotta left home to study on full scholarship at the Houston Ballet Academy. Cravotta joined Houston Ballet, under Director Ben Stevenson, in 1996. With Houston Ballet she toured and performed in London, Hong Kong, Toronto, and at The Kennedy Center in Washington DC, performing ballets by Stevenson, George Balanchine, Glen Tetley, Trey McIntyre, and Lila York. Cravotta spent five seasons with Charlotte Ballet and was the first African American woman to play a principal role in the company’s Nutcracker. Her time at Charlotte Ballet also included a memorable role as Tinker Bell in Jean-Pierre Bonnefoux’s Peter Pan, as well as being featured in Alvin Ailey’s The River and in George Balanchine’s A Midsummer Night’s Dream. After retiring as a professional dancer in 2007, Cravotta joined Charlotte Ballet’s marketing department. In 2011, at the invitation of Jean-Pierre Bonnefoux, she became principal of the Charlotte Ballet Academy. Cravotta’s teaching experience includes working as a dance instructor and mentor at La Salle Street CYCLE WIZ Factory of Learning and Chicago Multi-Cultural Dance Center. She was also a resident artist for the Arts in Medicine Program at Texas Children’s Hospital where she conceptualized, developed, and led movement and music-based workshops to creatively engage pediatric cancer outpatients. In 2005, Cravotta was honored for her career achievements with an appointment as a grand marshal in the Chicago Defender’s 76th Annual Bud Billiken Parade. Several national dignitaries, as well as over one million Chicagoans, were in attendance. In 2007, Cravotta was inducted into the prestigious HistoryMakers national archive in recognition for her accomplishments as an African American in the Arts. A National Achievement Scholarship Finalist, Cravotta studied at Rice University and most recently at the University of North Carolina at Charlotte. She lives in Charlotte with husband Jeff Cravotta and their son, Luca.