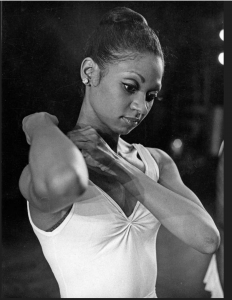 Gayle McKinney Griffith is one of the founding members of the Dance Theatre of Harlem. Born in Harlem, she moved to Quaker Hill at the age of six. Though she pursued dance and ballet starting at the age of three, it was in a dance program at Carnegie Hall where she first learned the basics of rhythm and movement. In New London, at the Froman Ballet School, McKinney Griffith received the foundation needed to later pursue ballet as a professional. She then studied at New York’s Juilliard School of Music and Connecticut College.

Approximately three years after DTH’s inception, McKinney Griffith stepped up to take the role of ballet mistress for the company. Because she was able to learn and memorize dance steps quickly and with accuracy, McKinney Griffith was a logical choice for the position, which she held for seven years while still dancing as part of the company.

She has also extended her career to film, television and musical/theatre productions. With her husband, Professor Donald Muldrow Griffith, she is co-founder/director of Fountainhead Tanz Theatre, XXV: Black International Cinema 2010 Interdisciplinary Film Festival, The Collegium forum and television program, in association with Cultural Zephyr e.V., which is based in Berlin, Germany. 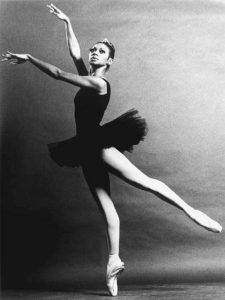 Changing the face of ballet: Original Dance Theatre of Harlem member reflects on the company’s wide-ranging impact, The Day