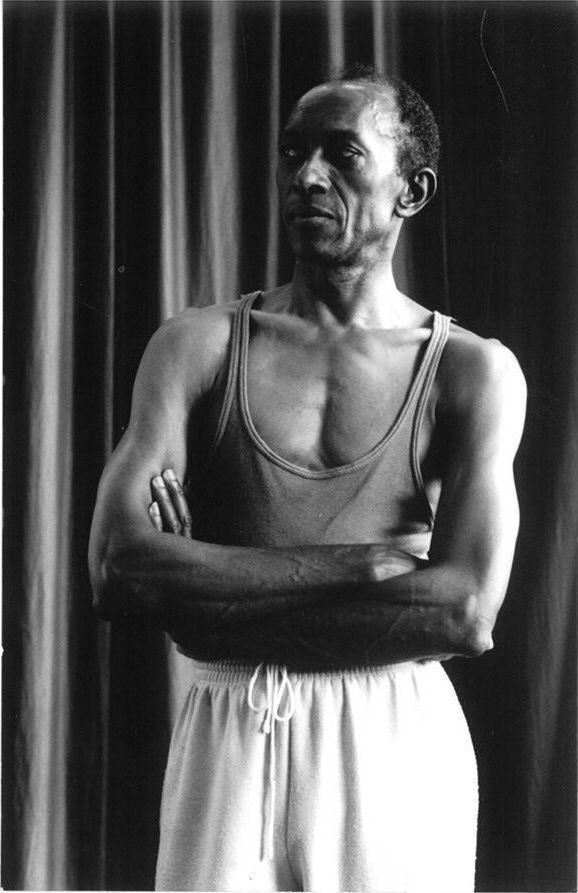 Percy Muntslag was an important figure in the Surinamese theater from the 1960s. He was, among other things, a dancer with the Dutch National Ballet during the 1960/61 season.

In 1960, Muntslag choreographed Tango Classique with music by August Meye. In 1966, Muntslag and Gerda Zaandam brought the ballet Swietie to music by Eddy Snijders.

In 1968, he started his own ballet studio, with which he brought, among other things, a program of dancing based on his own stories.

In the 1970s, Muntslag regularly participated in productions of the Doe Theater under Thea Doelwijt and Henk Tjon. The Doe Theater made socially critical cabaret and theater performances. They started from a stage where the great cultural diversity in Suriname formed the breeding ground for the theater. Muntslag also regularly collaborated with the choreographer Ilse-Marie Hajary, the founder of the “dogla” style.

Muntslag also taught at the School of Dramatic Art, Suriname. It was established in 1965 and originated from the Cultural Committee Suriname (CCS). The school was led by Henk Zoutendijk.

In 1982 a festival was organized for the 145th anniversary of the Thalia Theater. The semi-professional National Ballet of Suriname, which was founded five years earlier, presented a performance consisting of various choreographies, including Episodes by Muntslag. In this performance, Muntslag translated emotions of a human life into dance form.

In 1985 at the Mickery Theater, Muntslag made, along with Thea Doelwijt, Mi kondre tru, mi lobi yu (My country, I love you), an experimental theater play on the theme of forgetting, forgiving, and surviving. On December 8, 1988, he performed in the reading of The Tears of Den Uyl (written by Hugo Pos) at the seventh commemoration of the December murders. In six short acts, Pos outlines the developments from 1975 to 1983 with journalist Jozef Slagveer as the central figure.