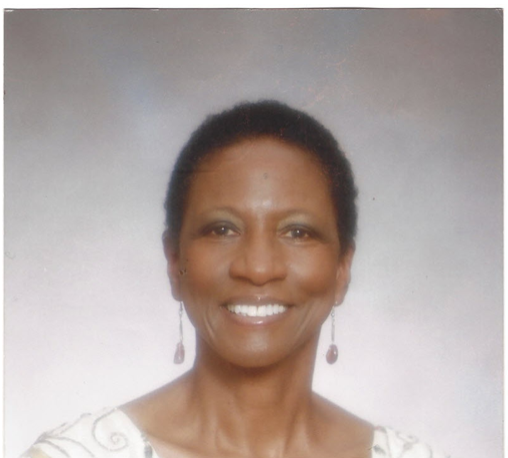 Dyann Robinson was born in 1942 in Tuskegee, Alabama. She graduated from St. Joseph Catholic School and Tuskegee Institute High School. She began her theatre career with dance lessons from her second grade teacher, who was a Dominican Sister. She made her stage debut in Tuskegee as a member of Jessie Gibson’s Gibsonian Dance Troupe, which toured to African American schools and colleges in Alabama and Georgia.

Miss Robinson holds a B.A. degree in Dance from Butler University in Indianapolis, Indiana and a M.F.A. degree in Drama from the Catholic University of America in Washington DC. She has taught dance since she was a teenager, including with her sister Clintonia at their Robinette School of Dance, located in the basement of their family home. Miss Robinson has taught dance at Howard University in Washington DC, Dance Theatre of Boston, The National Center of Afro-American Artists in Boston, The Dance Theatre of Harlem in New York City, the City of Tuskegee Department of Cultural Affairs, Auburn University as Associate Professor in the Department of Theatre, and for her own Tuskegee Repertory Theatre, Inc. in Alabama.

Miss Robinson has performed in dance companies throughout this country and abroad. She and dancer/choreographer Mike Malone toured the country as The Concert Ballet Duo. She founded The Chamber Dance Group in Washington DC. She was a member of the Dance Company of The National Center of African-American Artists in Boston, Massachusetts; Maurice Béjart’s Ballet of The Twentieth Century in Brussels, Belgium; and Billy Wilson’s Dance Theatre of Boston. Miss Robinson was a member of the original Broadway cast and assistant to choreographer Billy Wilson for the hit musical Bubbling Brown Sugar. She has subsequently staged numerous professional companies of that show in this country and in Europe.

When The Department of Cultural Affairs was discontinued in 1989, Miss Robinson began a 13-year tenure as a full-time member of the faculty of the Department of Theatre at Auburn University in Auburn, Alabama. As associate professor of dance and theatre, she taught dance and directed dance and theatre productions, creating six original full-length dance/dramas for the Department of Theatre. She concluded her career at Auburn by serving for two years as the Theatre Department’s first Scholar-In-Residence. In that capacity, she wrote and directed her last play at Auburn, the highly acclaimed Strange Fruit: The Story of an Alabama Lynching.

Determined not to give up her dream of founding a theatre company in her hometown, Miss Robinson founded The Tuskegee Repertory Theatre, Inc. (TRT) in 1991. In 1996 she purchased the downtown Tuskegee Post Office building and opened it as The Jessie Clinton Arts Centre in order to house the offices and the teaching/rehearsal/performance space for the school and company. The Jessie Clinton Arts Centre has become the home of what has now become a full-fledged theatre company, The Tuskegee Repertory Theatre, Inc., directed by Miss Robinson, who writes or co-writes the company’s original plays, which she also directs, choreographs, and in which she sometimes performs as a dancer and/or an actress.

In addition to her work as playwright and as director of TRT, Miss Robinson currently serves as Chairperson for the Tuskegee Historic Preservation Commission and as Secretary for both The World Conference of Mayors, Inc. (WCM) and the Historic Black Towns and Settlements Alliance, Inc. (HBTSA).