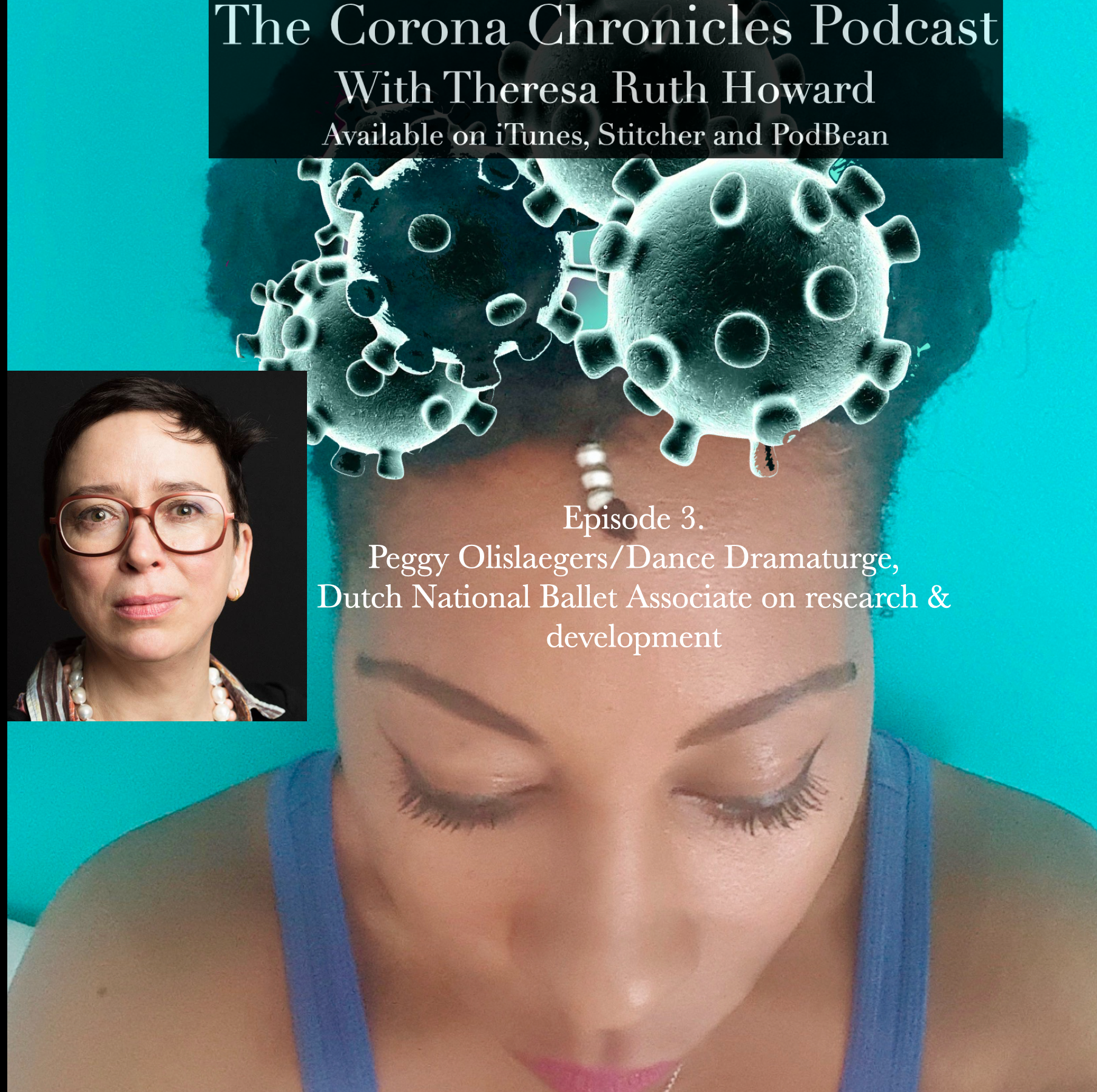 The 3rd Episode of The Corona Chronicles features a woman who really helped shaped the works that I do, she gave me my first international platform. It its the one and only Peggy Olislaegers!!! She is one of the leading independent dance dramaturges in Europe and provides artistic and strategic advice for both choreographers and institutes in the performing arts, working with Balletto di Roma Huang Yi Studio, Alessandro Sciarroni, Alida Dors (Netherlands) amongst others. From 2010 to 2016 she has been the Artistic and General Director of the Dutch Dance Festival, and was the Artistic Associate of Rambert Ballet. She co-initiated the European project Act Your Age and PivotDance and is a mentor of the European project Performing Gender.
Ted Brandsen and Peggy Olislaegers worked intensively together for the first time in 2017 during the first edition of the international ballet conference Positioning Ballet, initiated by Dutch National Ballet, which was co-curated and led by Olislaegers. Since then, Olislaegers has been involved as an external expert in innovative projects within Dutch National Ballet. February 2019 Dutch National Ballet appointed her Associate on Research and Development.
I so honored to call her ally and friend and you can be a fly on the wall in one of our (usually monthly) conversations
Here is the link to my first ever keynote for Positioning Ballet, shaped by Peggy…https://mobballet.org/index.php/2017/02/17/positioning-ballet-diversity-keynote/
And the Link to Peggy’s website! http://olislaegers.nl/category/peggy-olislaegers/