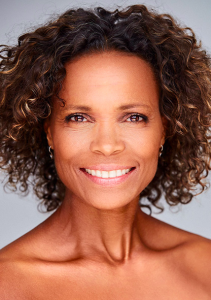 Christina Johnson trained at Boston School of Ballet, School of American Ballet, and Dance Theatre of Harlem. She began her professional career at age 17 with Boston Ballet before joining Dance Theatre of Harlem, where she became a principal dancer within four years. In her 13-year tenure with DTH, she worked with masters such as Jerome Robbins, Frederic Franklin, Suzanne Farrell, Allegra Kent, Geoffrey Holder, Glen Tetley, Ulysses Dove, and Sir Anthony Dowell, among others. She danced leading roles in much of the company’s repertoire including Swan Lake, Giselle, Serenade, Concerto Barocco, Firebird, and Fancy Free, to name a few. She was a member of the Swiss companies Le Ballet du Grand Theatre de Geneve and Ballett Basel, where her repertoire expanded to include works by William Forsythe, Jiri Kylian, James Kudelka, Ohad Naharin, Jean-Christophe Maillot, Twyla Tharp, Amanda Miller, and David Parsons. Johnson is an original member of Complexions Contemporary Ballet and has also been a featured guest artist with various companies worldwide, including the Royal Ballet of London.

After her performance career, Johnson has been sought after as a teacher, coach, and ballet master and has worked with companies and schools such as Pacific Northwest Ballet, Washington Ballet, Pittsburgh Ballet Theatre, Joffrey Ballet, Alvin Ailey American Dance Theater, Pennsylvania Ballet, Göteborg Ballett, Cornish College of the Arts, and the University of Washington. Johnson held the position of rehearsal director for Cedar Lake Contemporary Ballet, Armitage Gone! Dance, Trey McIntyre Project, and Complexions Contemporary Ballet. She is currently on faculty at Marin Ballet in San Rafael, CA and is an adjunct faculty member at Dominican University in the LINES/Dominican BFA in Dance Program. Johnson holds an MFA in Dance from Hollins University in collaboration with the American Dance Festival, The Forsythe Company, and Frankfurt University of Music and Performing Arts in Germany.

Behind the scenes of Dwight Rhoden’s Ave Maria pas de deux featuring Johnson and Meredith Rainey. The duet was originally choreographed on Johnson and Donald Williams in 1995.

Walter Rutledge’s Out and About NYC Magazine interview with Christina Johnson on the re-staging of Dwight Rhoden’s duet Ave Maria. 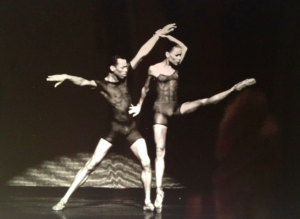