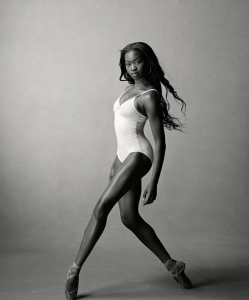 Throughout her training, Lerebours had the chance to work on renowned pieces by some of the greatest names in dance: Forsythe, Nacho Duato, and Ohad Naharin. Since 2011, she has participated in Fernand Nault’s The Nutcracker in children’s roles and, since 2017, she has danced corps de ballet roles. In 2019, she danced in Giselle with Les Grands Ballets as a Wili. As part of the annual show of the École Supérieure, Lerebours had the chance to dance soloist roles in many ballets such as Swan Lake, Giselle, Sleeping Beauty, Paquita, and Serenade.