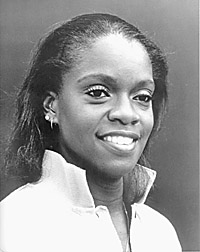 Cassandra Phifer was an original member of the Dance Theatre of Harlem where she rose through the ranks to principal dancer, receiving critical acclaim in Valerie Bettis’ Streetcar Named Desire, Agnes De Mille’s Fall River Legend, as well as George Balanchine’s Serenade and Four Temperaments. In 1994 she joined the faculty of New York University’s Tisch School of the Arts and in 1998 the faculty at Marymount Manhattan College. She has taught at Sarah Lawrence College, Ballet Hispanico, as well as numerous master classes and workshops nationally and internationally. She is currently on the Ballet Faculty at The Ailey School.

Cassandra Phifer, Dance at LaGuardia HS
Photos of Phifer in Lester Horton’s The Beloved, Out & About NYC