Edith Ross was a member of Eugene Von Grona’s American Negro Ballet, the Negro Unit of Ballet Theatre, and the Katherine Dunham Company from 1940 to 1943. She was a part of the original casts of Agnes de Mille’s Black Ritual and the Broadway shows Lew Leslie’s Blackbirds of 1939, Carmen Jones (1943-1945), and Cabin in the Sky (1940), which was staged and choreographed by George Balanchine. 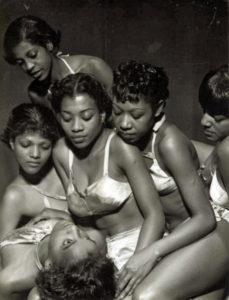