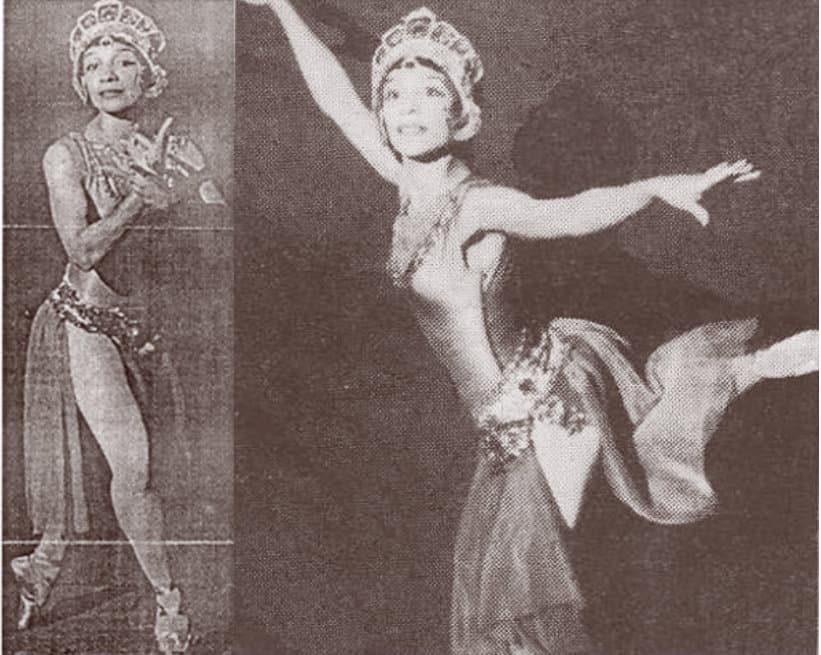 Helen Taitt, a native of British Guyana, trained at the School of American Ballet for five years as well as the Ballet Russes School. Her teachers included Maria Nevelska and George Chaffee. As a member of the New York Negro Ballet, Taitt performed with the company at the International Exposition of Arts in Paris, France and was awarded first place at the International Dansconcours in Holland. She choreographed a ballet for the company, which was performed in 1959.
She additionally performed on Broadway in Four Saints in Three Acts in 1952 and was featured on the CBS show The Best of Broadway as a part of its Stage Door production.
Taitt was described as looking “old-fashioned” and “Pavlova-like.”
She was “Guyana’s best known, most accomplished and acclaimed professional dancer” and established the School of Guyana Ballet and the National School of Dance in Dominica. She also helped in setting up the Taitt Dance Theatre, Berlin Art Circle, and Barbados Art Circle.
In addition to being a dancer, choreographer, instructor, pianist, manager, and director, she was a writer, and her career is well documented in her autobiography My Life My Country.