“My twos were spent studying at the Jones-Haywood School of Ballet and that’s how I got into dance training, because they took me up there to see them rehearse one day. I wanted to show the teachers my tap dancing, but they were only interested in my legs and things for ballet.

I was eleven when I started officially to do those lessons. I stayed there until I got out of high school. Before that, I had a scholarship to go to The School of American Ballet, which I wasn’t able to take because my parents didn’t have any money. All I had to have was the money to stay someplace because the money for lessons was paid.”

Text via A Conversation with Sylvester Campbell by Dawn Lille, Dance Review 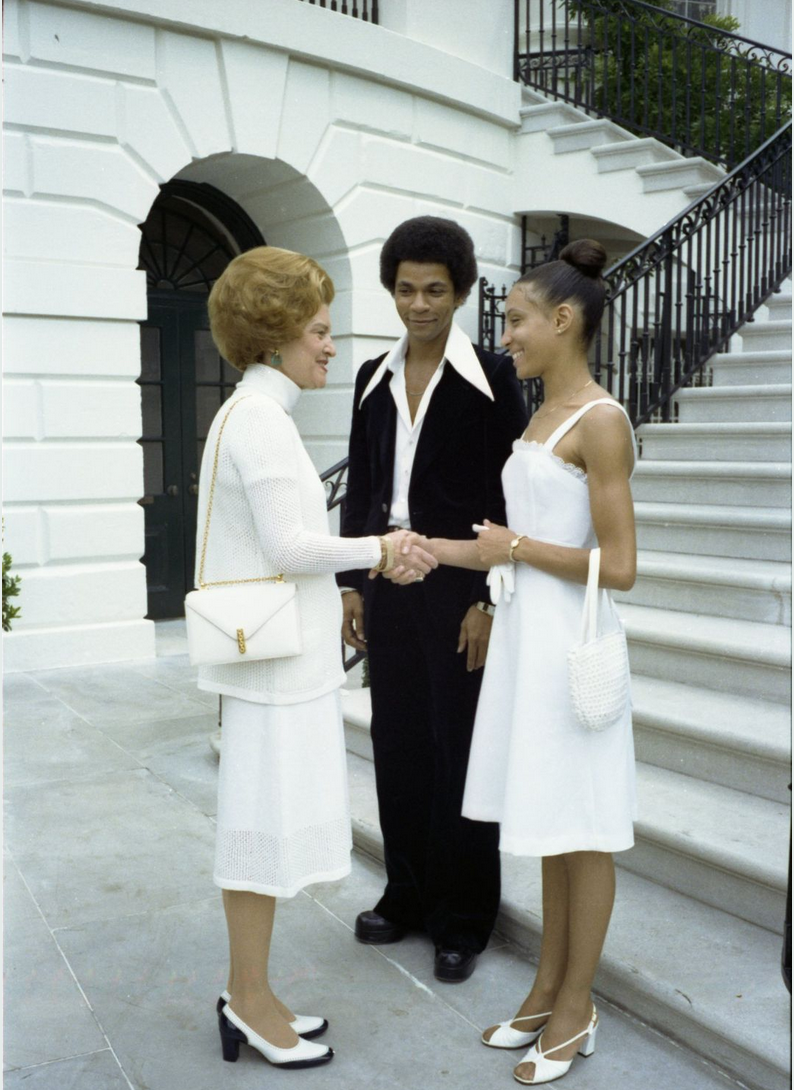 While dancing with Dutch National Ballet, Campbell would return home to DC during his vacations to teach at JHSB and appear as a guest artist with their Capitol Ballet Company.

The Capitol Ballet and Sylvester Campbell

After dancing with the Dutch National Ballet and The Royal Winnipeg Ballet, Mr. Campbell returned to Washington in 1975 and danced with the Capitol Ballet, for which he was also associate director. There he rejoined Sandra Fortune-Green, who was a principal with the company at the time. Campbell also choreographed numerous ballets for the company.

Sylvester Campbell had a twelve-year career with Dutch National Ballet, achieving principal dancer status. Campbell asked Raven Wilkinson if she was interested in coming to Holland and suggested that Wilkinson look into dancing with the company.

Campbell first called Wilkinson, asking her to guest star with him in Pas de deux Romantique at a concert given by the Capitol Ballet. Wilkinson shared she had taken a break from dancing and had left the covenant, and Campbell told her he would later ask her again. In 1966 he once again asked Wilkinson to join him, and they later met in a studio at Jones-Haywood School of Ballet to rehearse that night. After the performance, Campbell told Wilkinson, “You would be a beautiful Giselle. Wouldn’t you love to do Giselle?” and asked her to consider coming to Europe and dance with the Dutch National Ballet, expressing that if she wanted to come that he could help make it happen. At that time, she was informed she was not admitted due to a lack of space. Wilkinson wrote to the artistic director, Sonia Gaskell, expressing her willingness and detailing her experience. She then received a contract.

Once at the Dutch National Ballet, Campbell requested that Wilkinson rehearse the Pas de Deux Romantique, the dance they had previously performed together. When the dancer who performed it became ill, Wilkinson was able to replace her and perform alongside Campbell. Wilkinson remembers this performance with great joy, and the performance was well-reviewed. Wilkinson and Campbell were able to dance together on a few occasions in the company.

Black Ballerinas Dancing on the Edge: An Analysis of the Cultural Politics in Delores Browne’s and Raven Wilkinson’s Careers, Joselli Deans

Born in Oklahoma in 1938, Sylvester Campbell trained at Jones-Haywood in Washington DC and School of American Ballet in New York. He became a member of New York Negro Ballet in 1957 and after the company folded, the Het Netherlands Ballet (now Dutch National Ballet) in 1960. Campbell was a principal dancer with the Royal Winnipeg Ballet from 1972-1975. Regarding Campbell, Raven Wilkinson, who danced with him at the Dutch National Ballet, said, “I regret that he was not seen in the United States as a dancer because there was living proof of a danseur noble no matter what color, and he was amazing.” Campbell returned to the United States because he missed his home. In 1977, he won a prize at Moscow’s International Ballet Competition. He was the director of the dance Department of the Baltimore School for the Arts for 15 years after his dance career. He died in Baltimore in 1997 from respiratory failure.